The Addams Family movie, the first movie to be directed by Barry Sonnenfield, was not based on the well know black and white classic TV series but its original comic strip source material by Charles Adams in the New Yorker magazine. Hence it’s inclusion in our regular look at comic strips featured in Empire Magazine over the last thirty years. 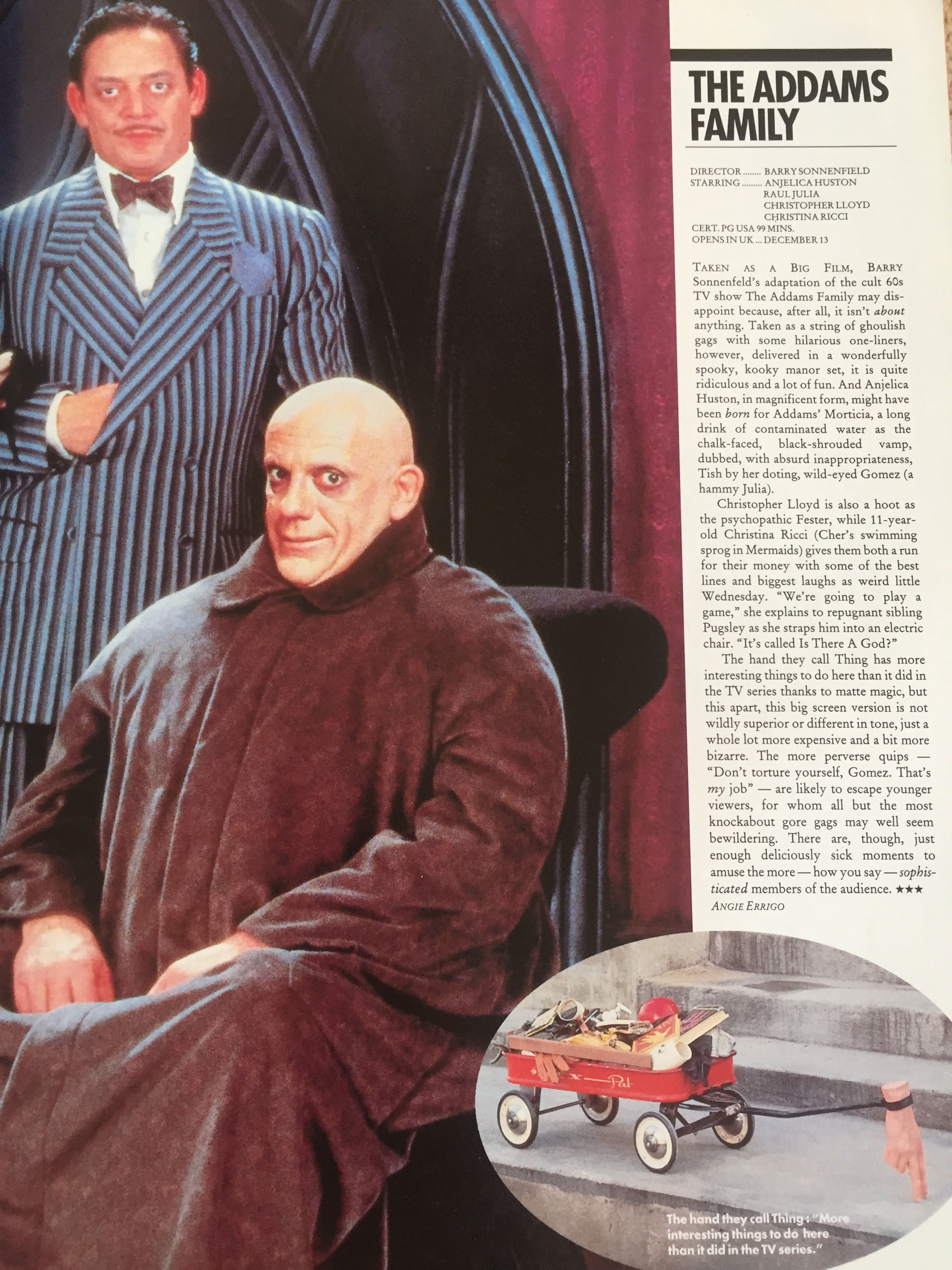 There was some concern that the film was so close to the Charles Adams strip that people would not enjoy the movie – but it did well enough to spawn a sequel ‘Addams Family Values’.

There was some great performances from the late Raul Julia as Gomez, Angelica Houston as Morticia, Christopher Lloyd as Uncle Fester and a crowd pleasing movie stealing turn from Christina Ricci as Wednesday Adams. Empire gave it 3 stars for a series of spooky jokes!

The Addams Family returned as a short lived TV show in the late 90’s and is currently a stage show touring the U.K.

Also in this issue of Empire was the questions Whatever Happened to Christopher Reeve, this being before his unfortunate accident and after all his Superman movies were in the can. What a great Superman he gave us – never bettered!