Thanks! You voted in your hundreds and just prior to the jumping on Prog 2050 of 2000AD this week ComicsFlix.org have your definitive Top 10 greatest 2000AD stories. 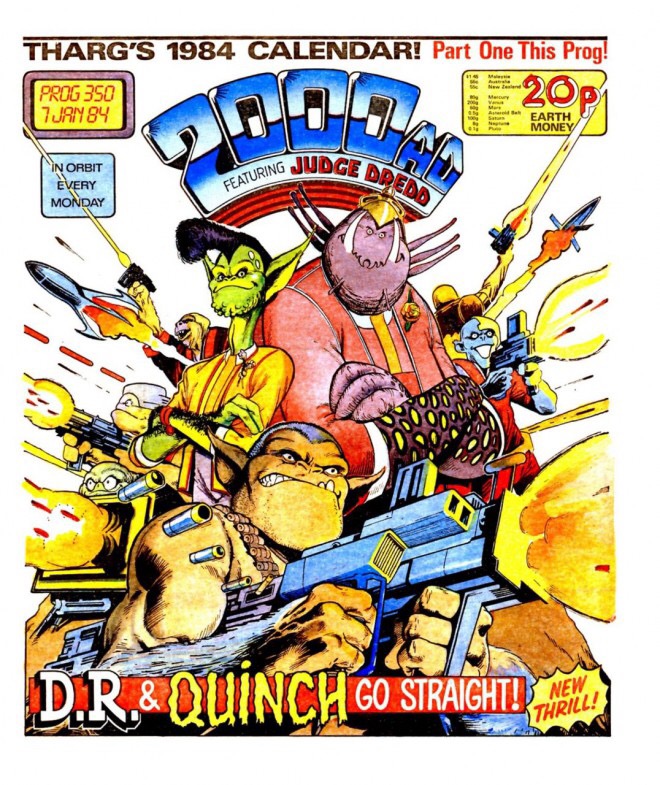 Starting life as a one off ‘Time Twister’ ‘DR and Quinch Have Fun On Earth’ these two characters created by Alan Moore and Alan Davis had a successful run that went on to Hollywood. A ‘Dennis the Menace’ with thermo nuclear capabilities this was a great strip from the team who also brought you ‘Captain Britain’. 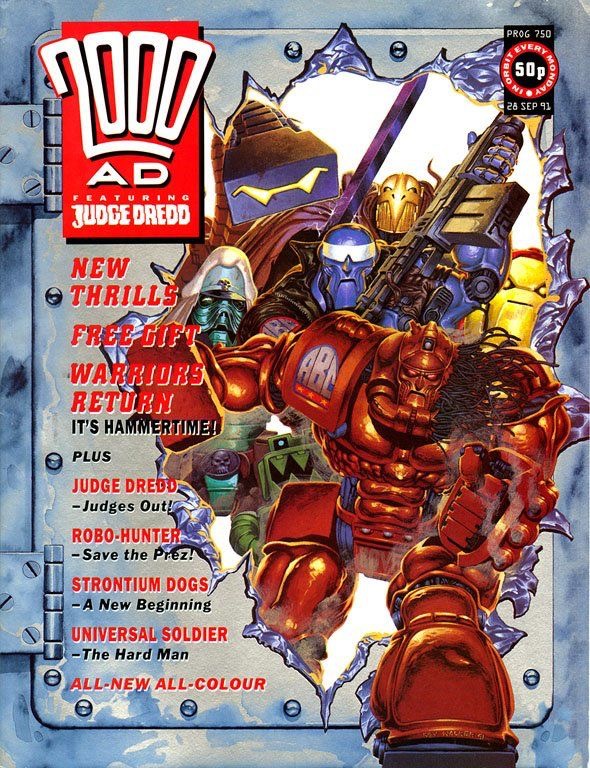 Pat Mills created the ‘ABC Warriors’ in 1979 – although Hammerstein was well known from the ‘RoBusters’ strip created for Starlord. They last appeared in the galaxy’s greatest free comic day publication in 2017.

STRONTIUM DOG – PORTRAIT OF A MUTANT 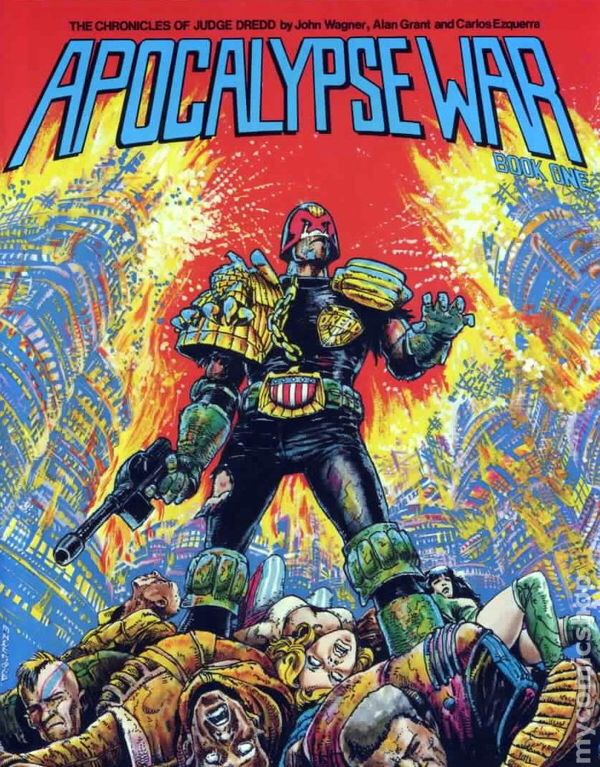 There were a number of classic Dredd stories mentioned in your top 10 including’ Judge Death’, ‘Cursed Earth’ and ‘Democracy Now’! The Dredd story that topped them all was the ‘Apocalypse War’ from 1982. Starting with ‘Block Mania’ the story was written by Iohn Wagner and Alan Grant with art by the great Carlos Ezquerra

Joint eighth was ‘Strontium Dog Portrait of a Mutant’, produced by the same creative team in 1981 and telling the back story of Johnny Alpha and his time in the Mutant Army. The  placing of these two stories together shows how on fire the creative team of Wagner, Grant and Ezquerra were at the time! 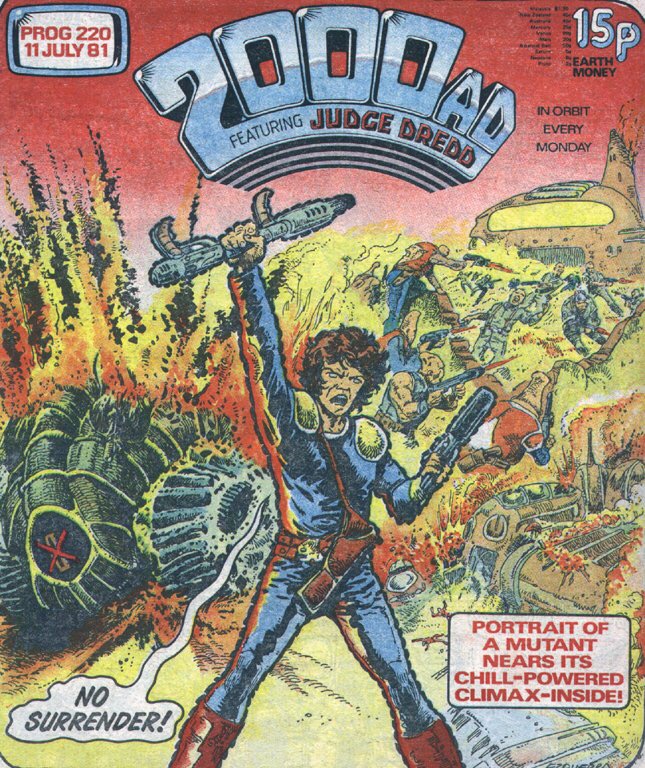 THE BALLAD OF HALO JONES 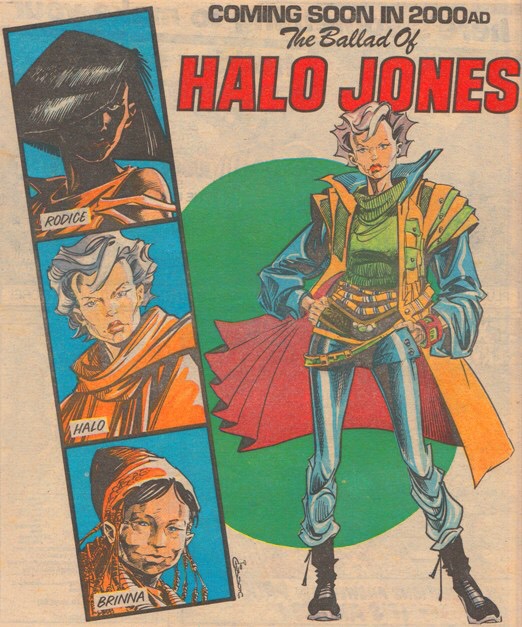 Riding high earlier on in our top 10 was the ‘Ballad of Halo Jones’ by Alan Moore and Ian Gibson. This series was recently reprinted by Hatchette in their new ‘2000AD Mega Collection’ and is still on sale as we write this. Along with Zenith and Nemesis, Halo Jones was mentioned a number of times as a story you disliked the most. No mentions of Moore’s ‘Skizz’ by anyone (nor, surprisingly, ‘Nikolai Dante’!) and Ian Gibson illustrated Robo Hunter didn’t make the top 10 along with Rogue Trooper. Many of you didn’t like Ace Trucking Co! 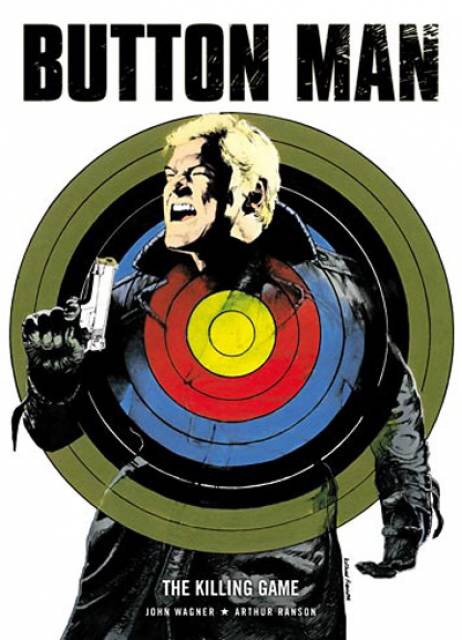 ‘The Button Man’ just misses the top 5 of your favourite 2000AD stories of all time. Written by John Wagner the first three books were illustrated by Arthur Ranson in his classic and distinctive style with a fourth book illustrated by Fraser Irving. The Ballad of Harry Exton remains a strong fan favourite and he is well deserving of his top ten place! 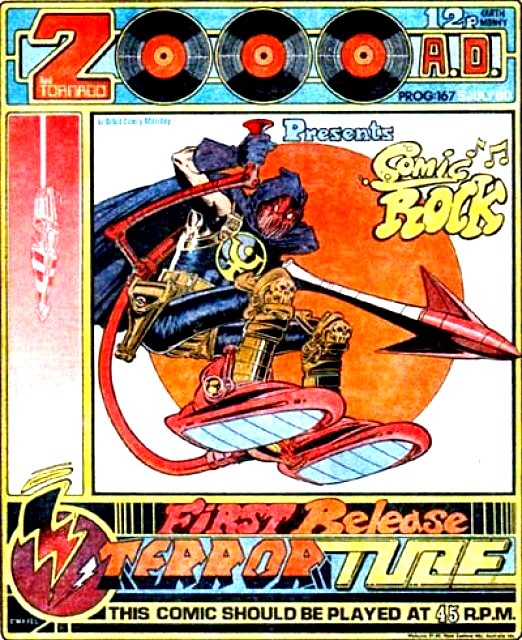 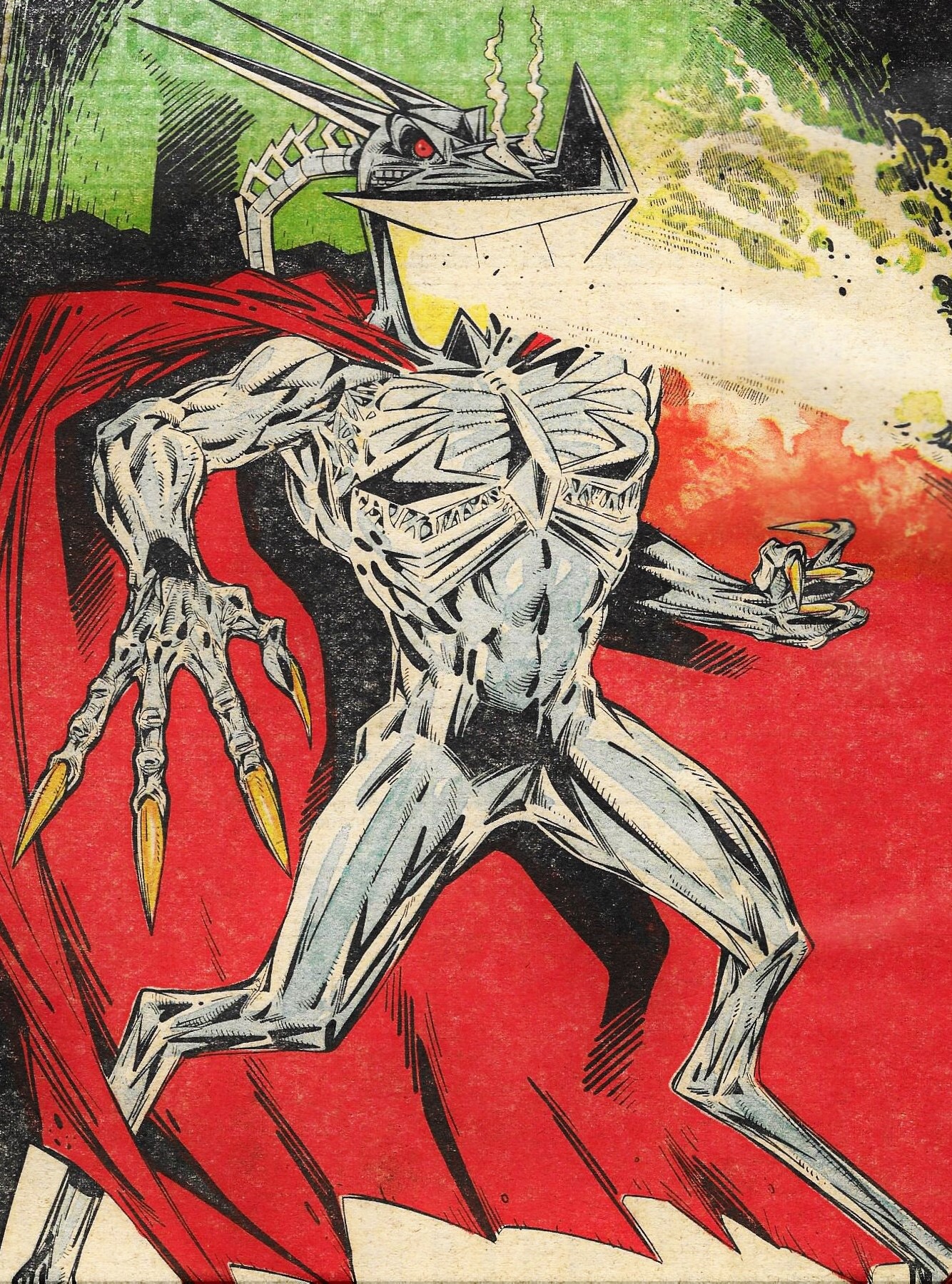 Be Pure. Be Vigilant. Behave! One might believe that was the mantra of the comic censors in 1980 as they battled with Pat Mills and the unusual art style of Kevin O’Neill as they introduced Nemesis in their one off ‘Comic Rock:Terror Tube’. Followed by ‘Killer Watt’ a full ‘Nemesis the Warlock’ story arrived soon after with a mix of science fiction and sword and sorcery against the evil Torquemada. The series ran for ten books until 1999 and starts our top five 2000AD stories of all time! 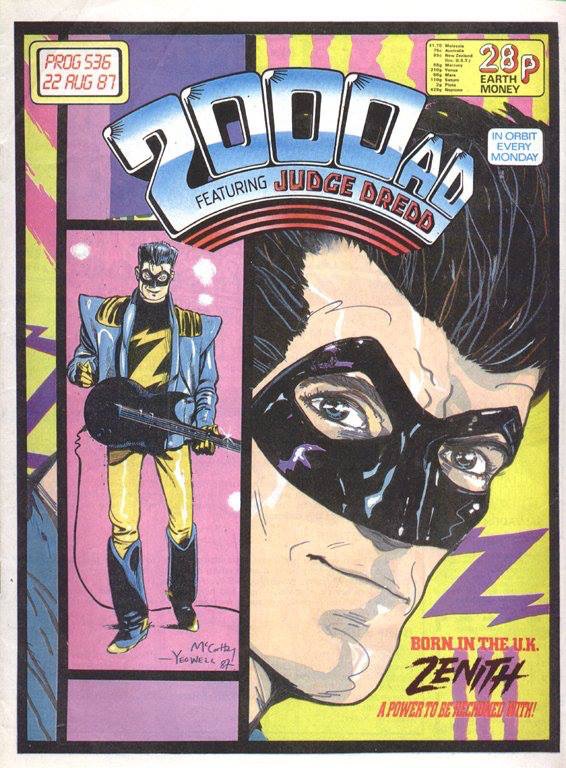 At the height of Generation X in the decadent 80’s, ‘Zenith’ was a very British superhero brought to the pages of 2000AD by Grant Morrison, Brendan McCarthy and Steve Yeowell. He ran for five books and occasional appearances ever since – including the next jumping on issue of 2000AD – Prog 2050.

CHOPPER – SONG OF THE SURFER 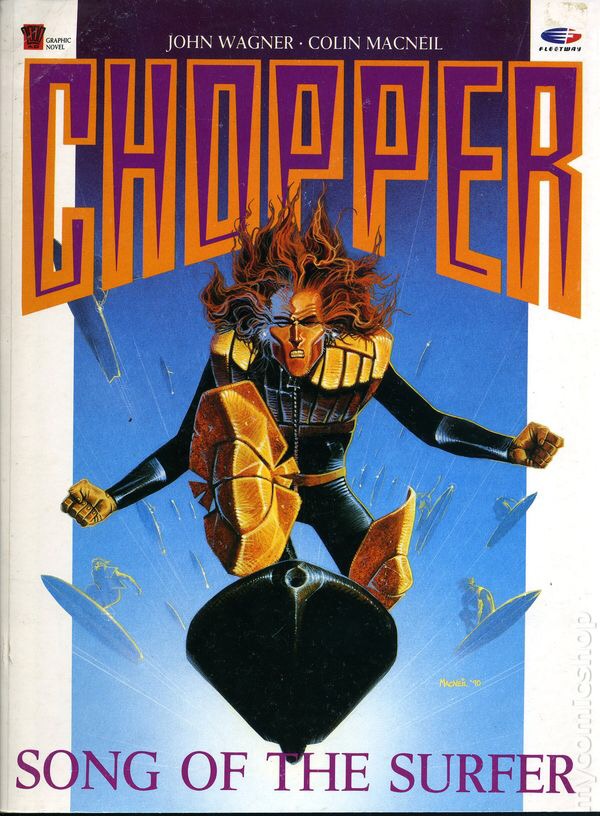 ‘UnAmerican Graffiti’ introduced Marlon Shakespeare – or ‘Chopper’ – to the readers of ‘2000AD’ and ‘Judge Dredd’ in 1981 in a two part story by John Wagner, Alan Grant and Ron Smith.

Chopper has continued in the pages of ‘2000AD’ and ‘Judge Dredd Megazine’ ever since – but the most popular story was ‘Song of the Surfer’ with art by Colin McNeil. We won’t spoil the plot for new readers but debate still rages after such other classic stories as ‘Oz’ and ‘Midnight Surfer’ should this story have been his swansong? You decide – but it means Chopper makes the top 3! 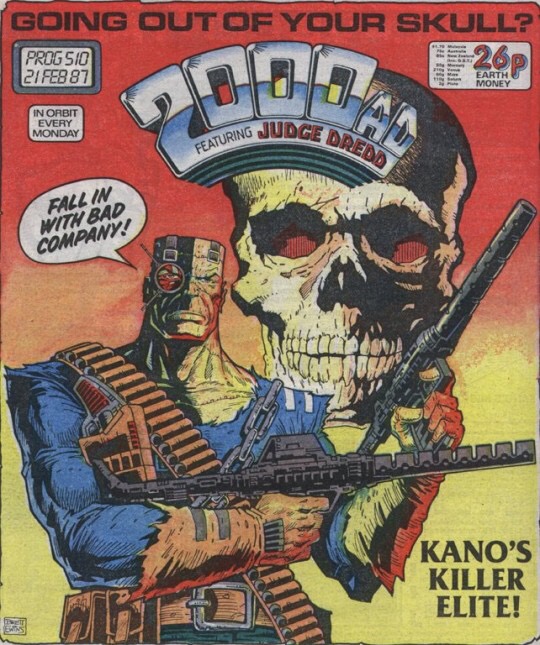 Voting was steady for ‘Bad Company’ with a flurry of first placings making them launch a final assault for the top spot – but falling just short at number 2! Narrated by Danny Franks the story of Kano and his Bad Company was inspired by Alan Grant and John Wagner but brought to life in the pages of 2000AD by creators Peter Milligan, Brett Ewins and Jim McCarthy in 1986. The characters were last seen in a story in 2015. But who beat them to be the greatest 2000AD story of all time on our poll?

NUMBER ONE – YOUR WINNER 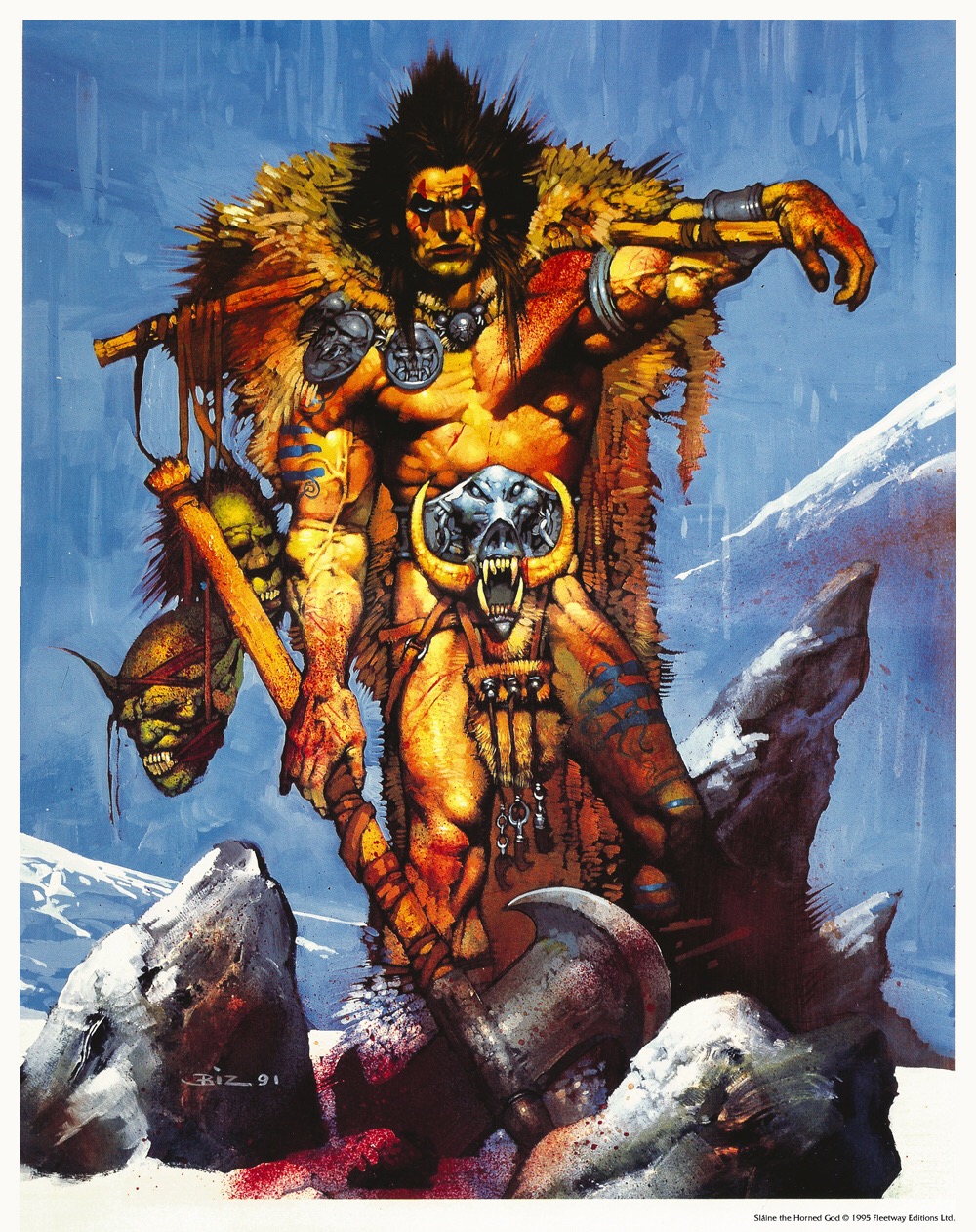 With a swing of his axe ‘brain biter’ ‘Slaine’ knocks ‘Bad Company’ and the other top ten 2000AD stories of all time to take the top spot. Your number one favourite story, with twice as many votes as the number two spot, is ‘Slaine The Horned God’ by Pat Mills and Simon Bisley. The 1989 story has recently been reprinted in the Hatchette series ‘2000AD The Mega Collection’. Slaine started in the pages of 2000AD in 1983 and has remained a popular character ever since. He is due to return once again in the jumping on issue of ‘2000AD’ – Prog 2050 – out this week.

Hope you enjoy the ComicsFlix 2000AD Top 10 – let us know if you agree, disagree or are surprised at the results! 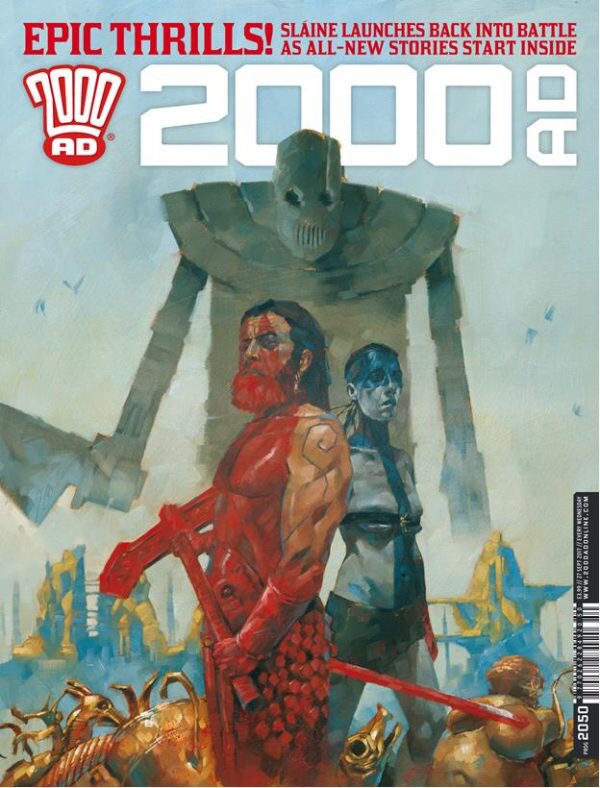