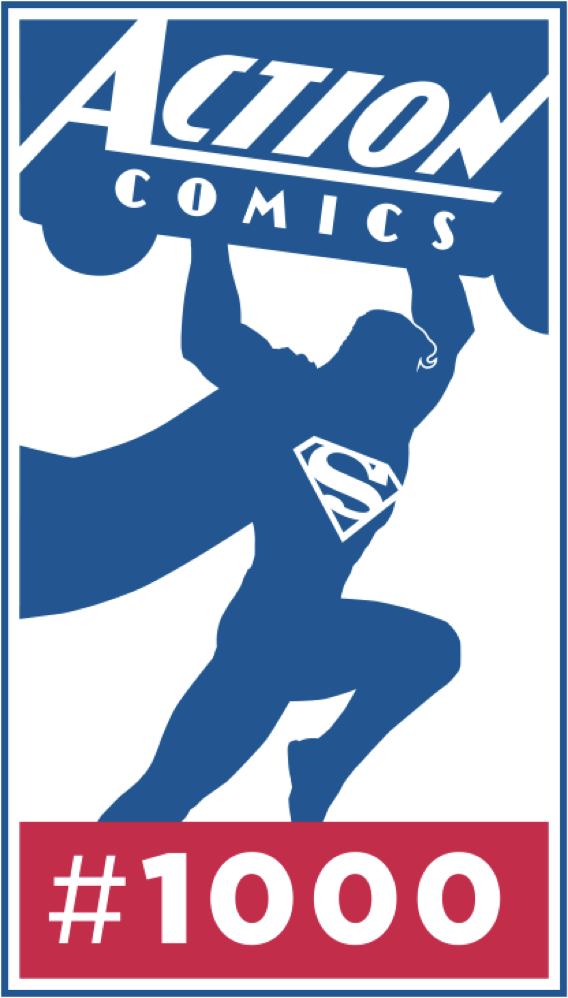 2018 celebrates 80 years of Superman, the Man of Steel. DC Comics plans to celebrate with a series of specials, including a bumper issue of Action Comics 1000 – the comic that started it all!

On top of that there will be a poster featuring all the Action Comic covers and several specials including an unpublished story by Superman creators Jerry Siegel and Joe Shuster that has been discovered in the vaults of DC. A new logo has been unveiled in New York this week to celebrate this milestone event.

There is a lot of interest in Superman just now with the Rebirth titles, the interaction with the Watchman Universe and the forthcoming Doomsday Clock and the imminent resurrection of the character in the new Justice League movie.

At ComicsFlix Towers we are very excited about celebrating the superhero character who started it all and look forward to joining the birthday party.