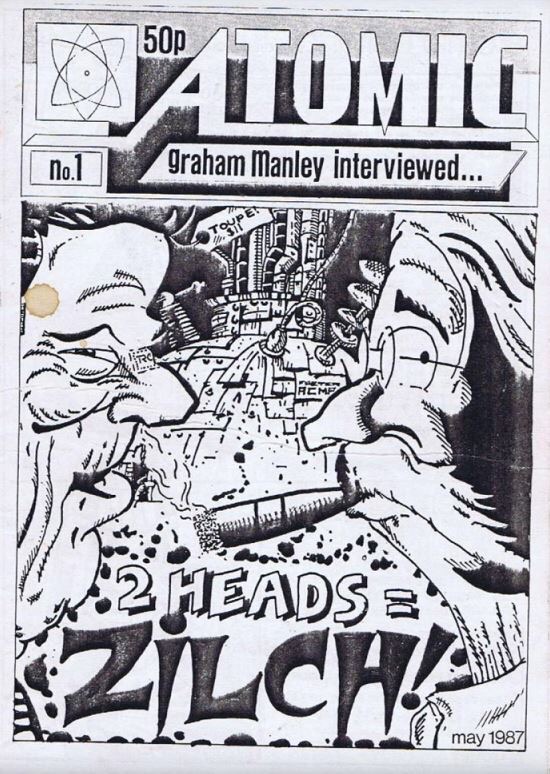 Highlights include the launch of Captain Scotland, Nick Winter in The Two Dimensional Horror and Panic In Year Zilch by Graham Manley.

Highlights include the first appearance of Captain Scotland and throughout its run Atomic wasn’t afraid to deal with issues around suicide, apartheid, homosexuality and highlighting famine and political unrest of the time. 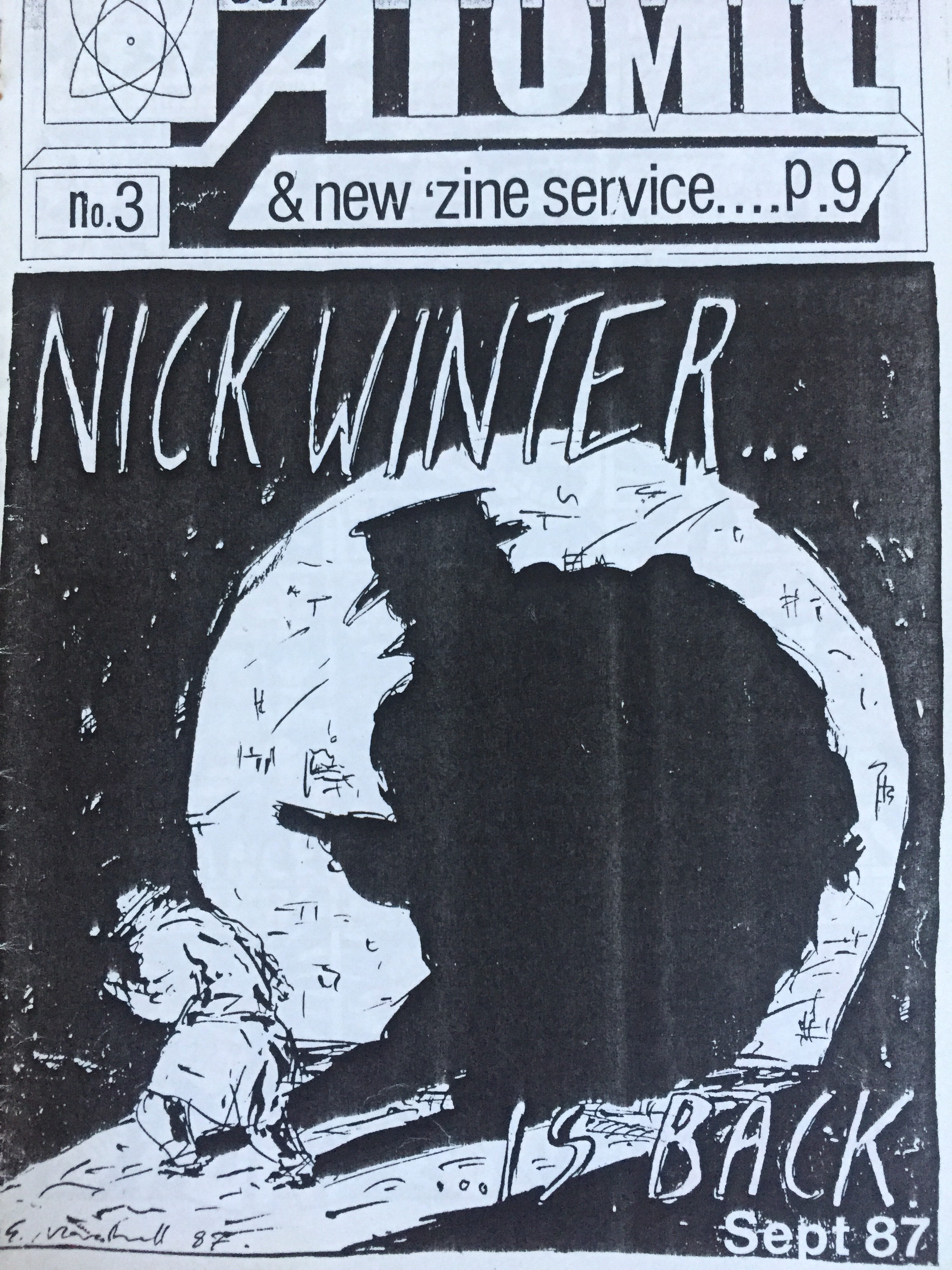 Highlights include a change of art style on the Two Dimensional Horror by Missionary Man artist Garry Marshall and the first appearance of the Girl With The Flowery Trousers by John Miller. 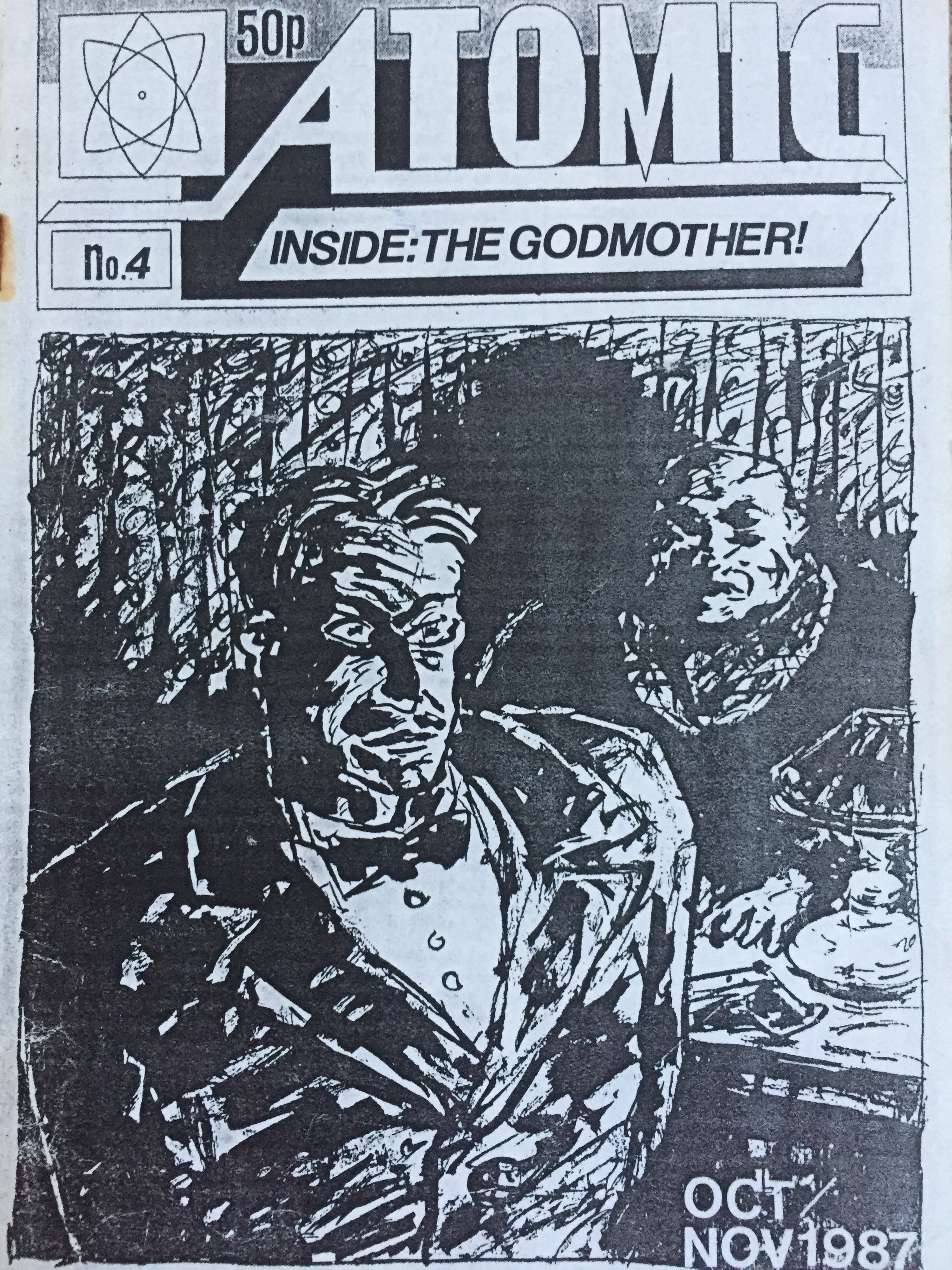 Highlights include the first of a two part story by Mike Duncan and Garry Marshall entitled ‘The Godmother’, based on a short story by Damon Runyon.

A bumper 40 page+ 1st birthday issue with Chris Watson ‘Memphis Story 2057’, a story pencilled by Andy Macfarlane and inked by Craig Conlan called ‘The Values of Choice’ with a nod to William Shakespeare and the popular Girl With The Flowery Trousers on the cover. 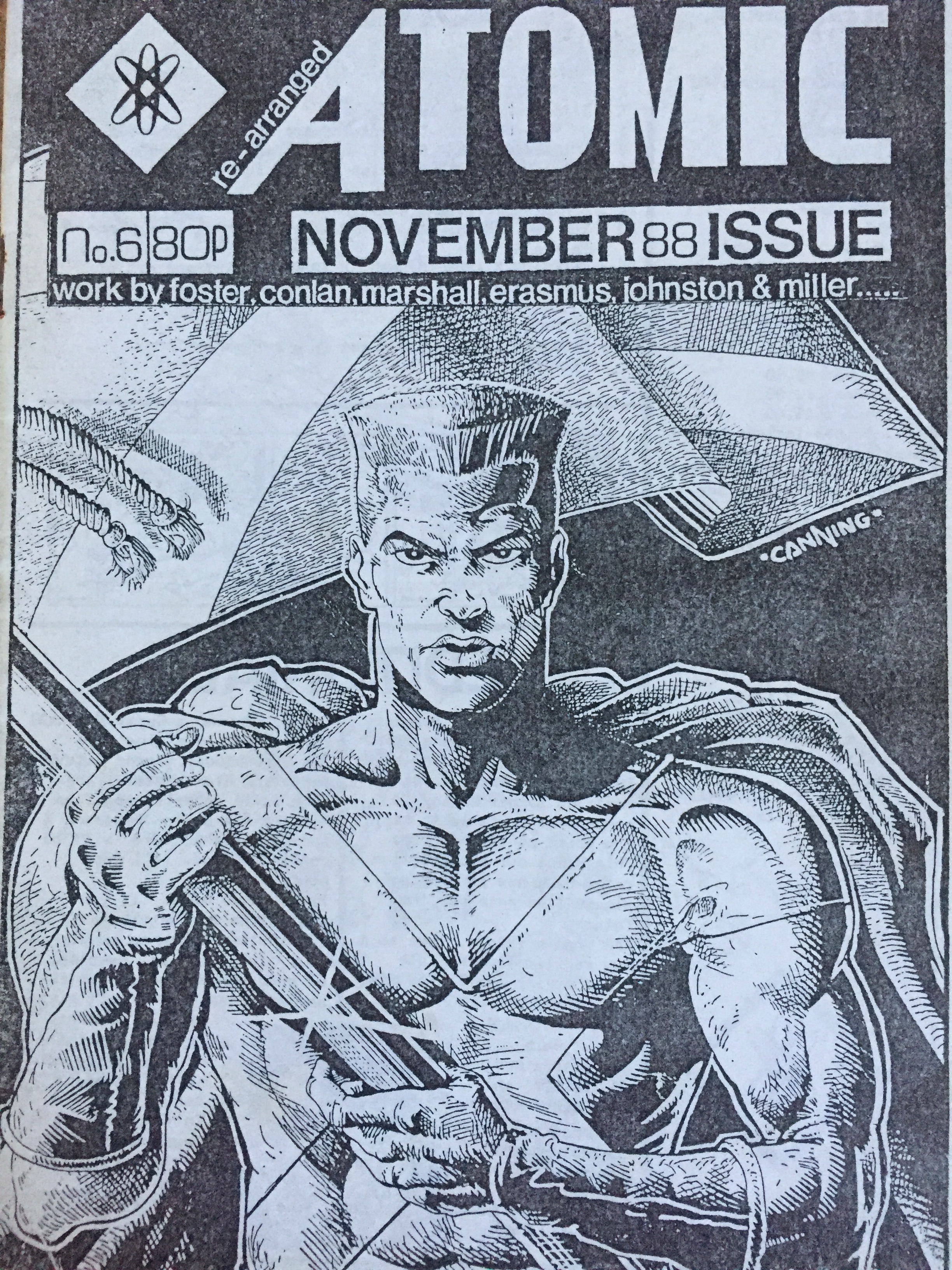 Atomic issue 7 next appeared in January 1990 – a full year since issue 6! Look out for more copies of Atomic online via ComicsFlix soon.  Here’s a wee review of what to expect…