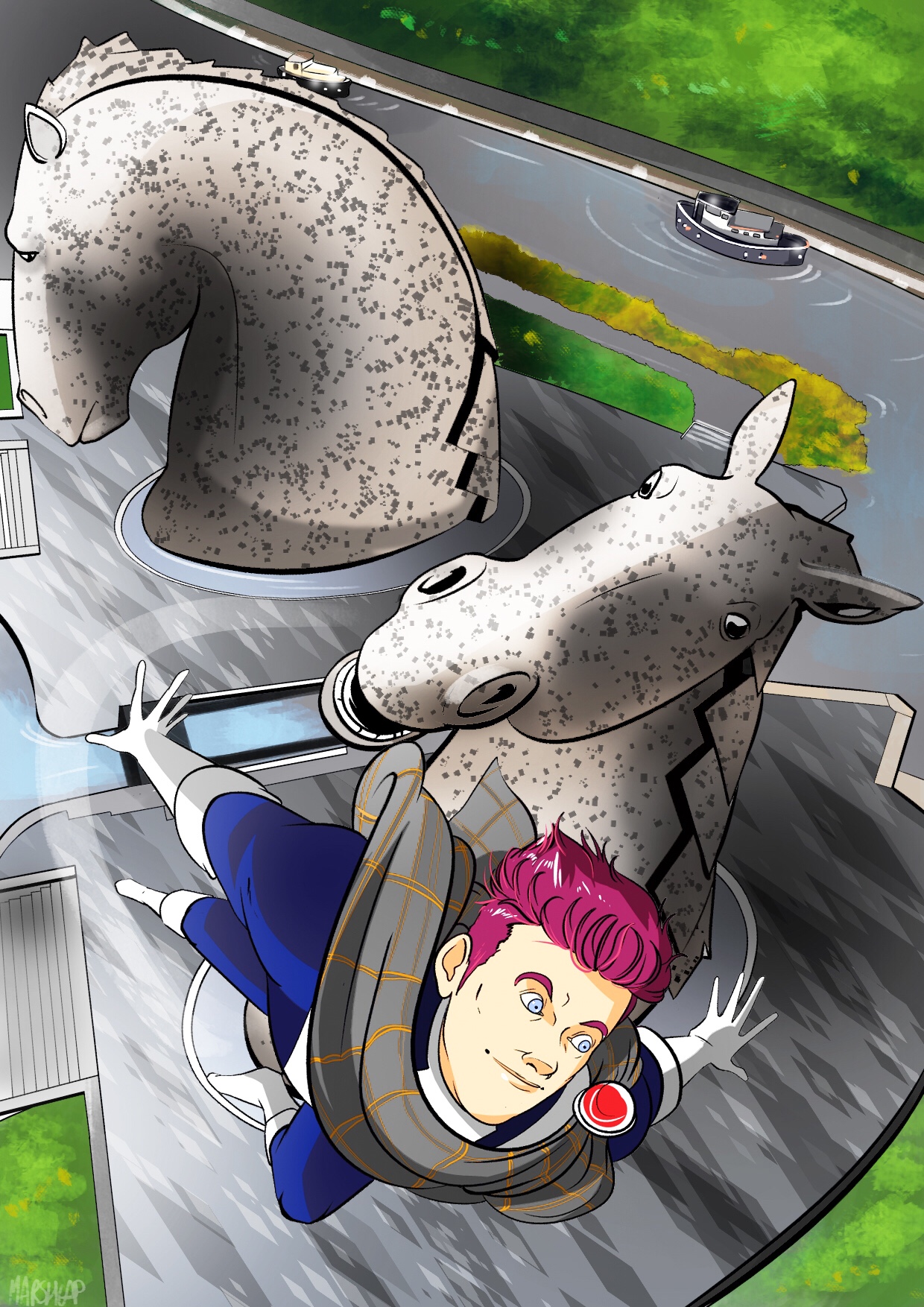 After thirty years ‘Captain Scotland’ returned to Earth on St Andrews Day 2017. You can read the new short story by Tom J Fraser with art by Valentina Mozzo here.

The reappearance of the character also made the national press – including the Sunday Post,Scottish Sun, the Daily Record, STV News website. the Scotsman newspaper, and on the TV programme the Late Show On STV2. 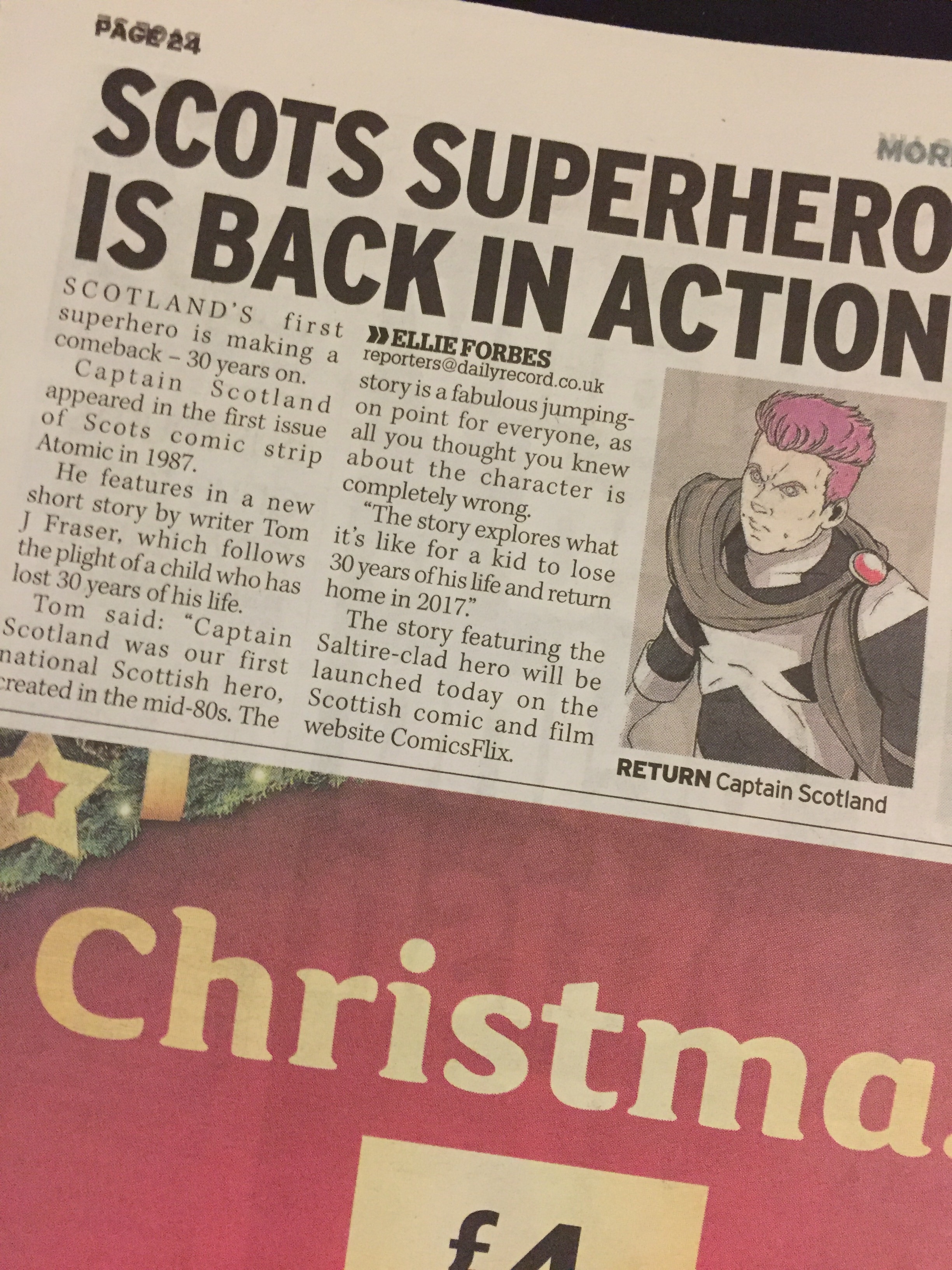 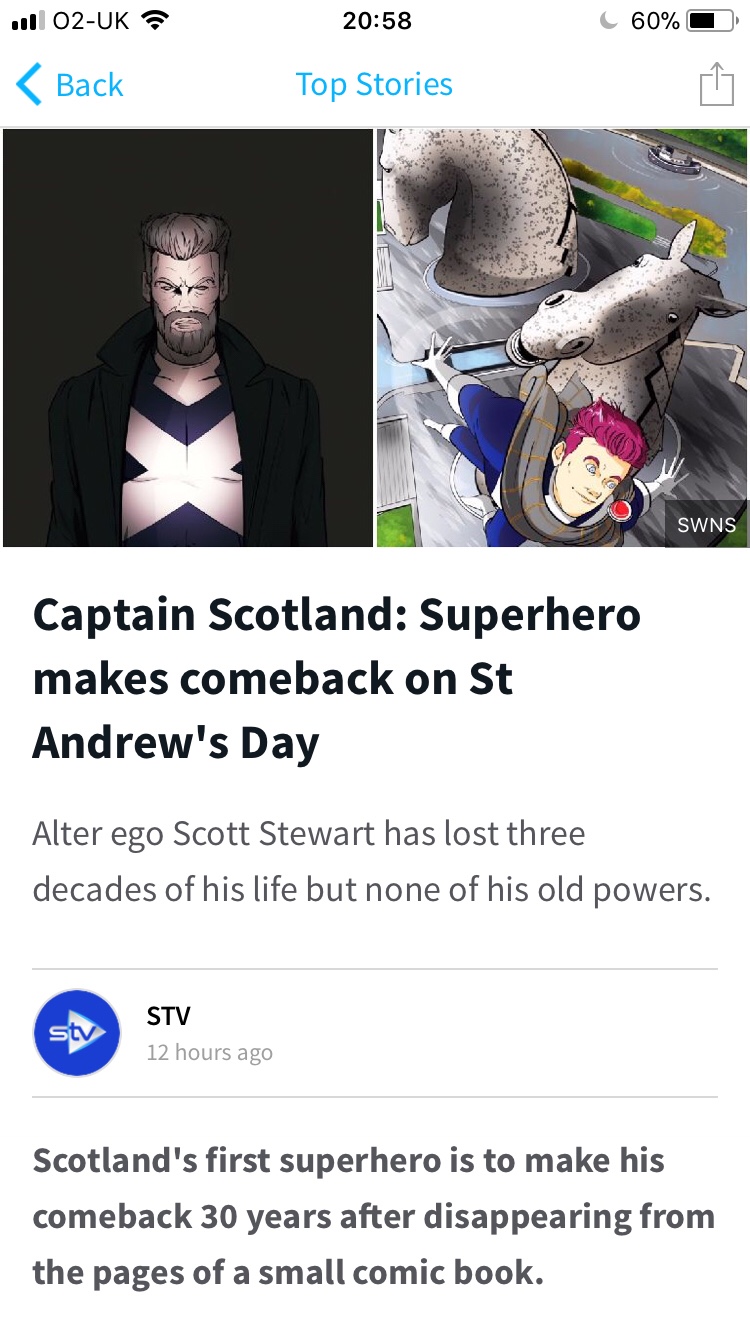 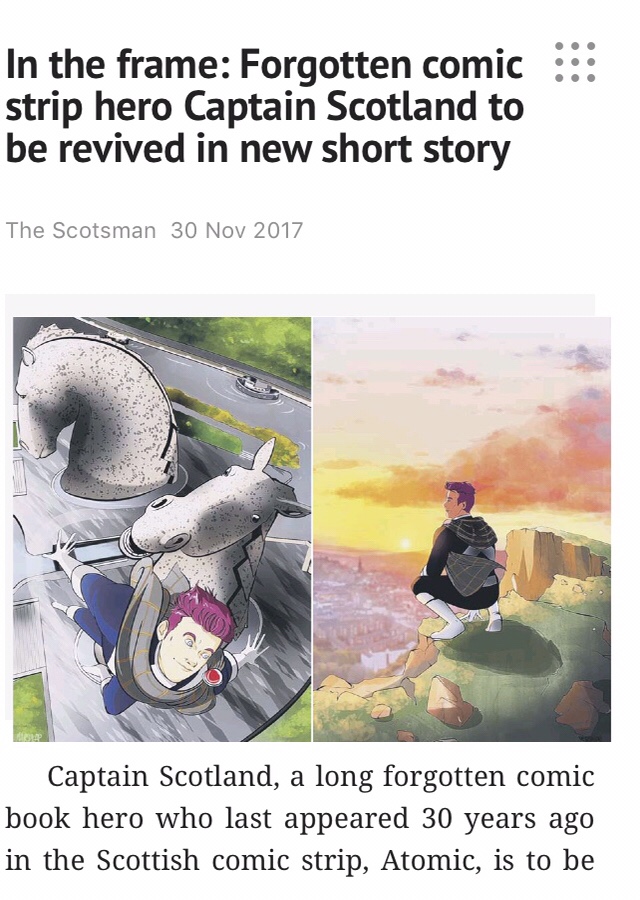 Comic web site Down The Tubes also shared the story, with an in-depth background feature on the small press history of the character. 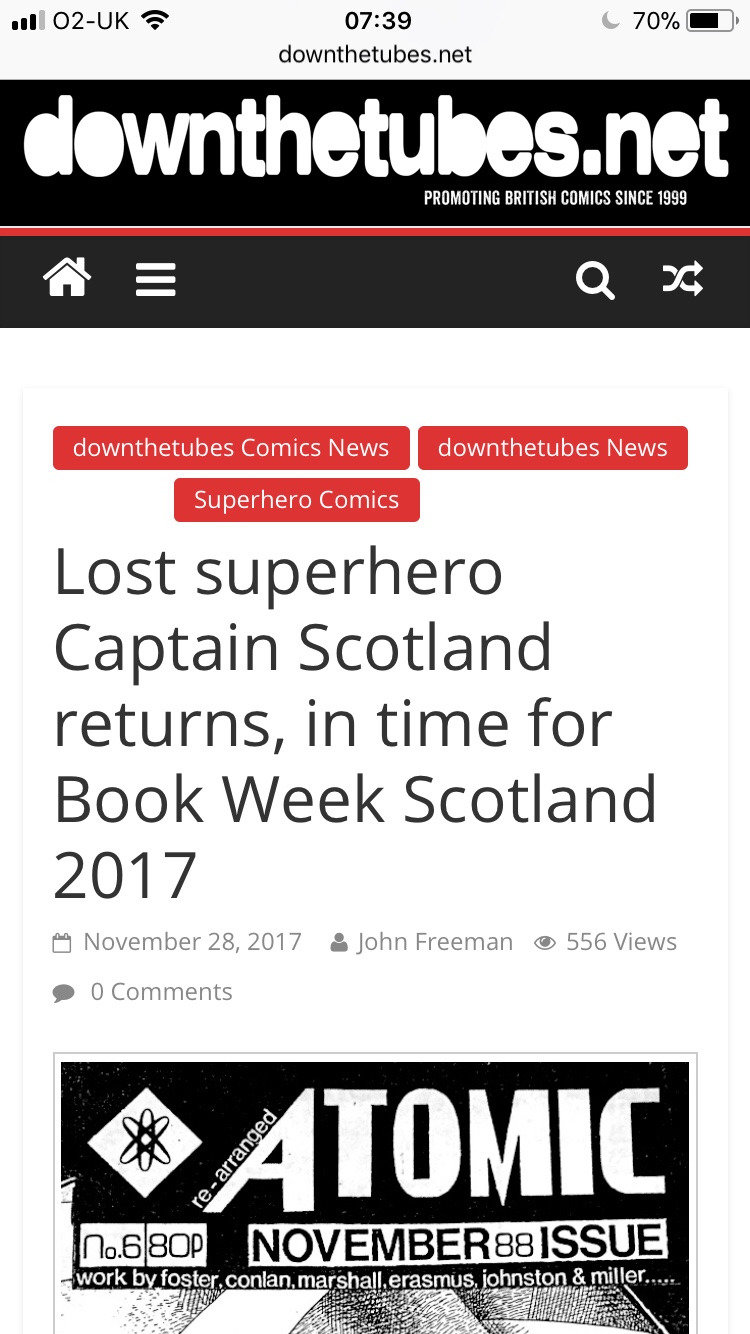 Thanks to everyone in the media and comic web sites for spreading the word about the Return of Captain Scotland, our first national superhero, and to everyone who read and shared the story ‘Back To The Future’. We hope you enjoyed it. 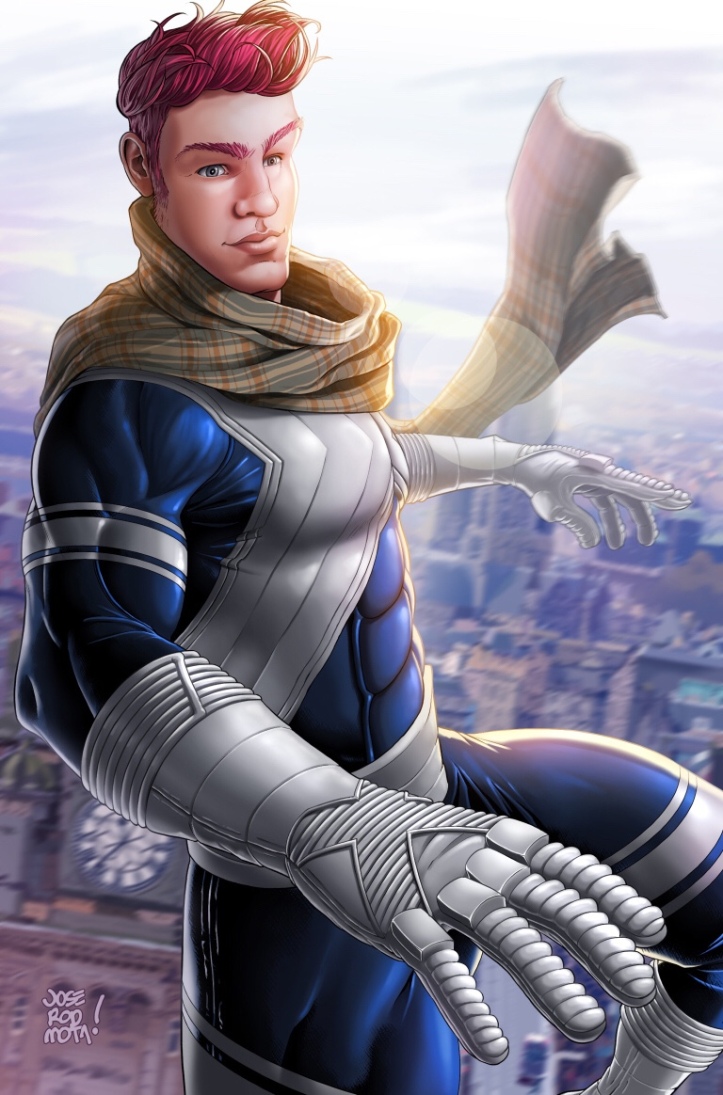