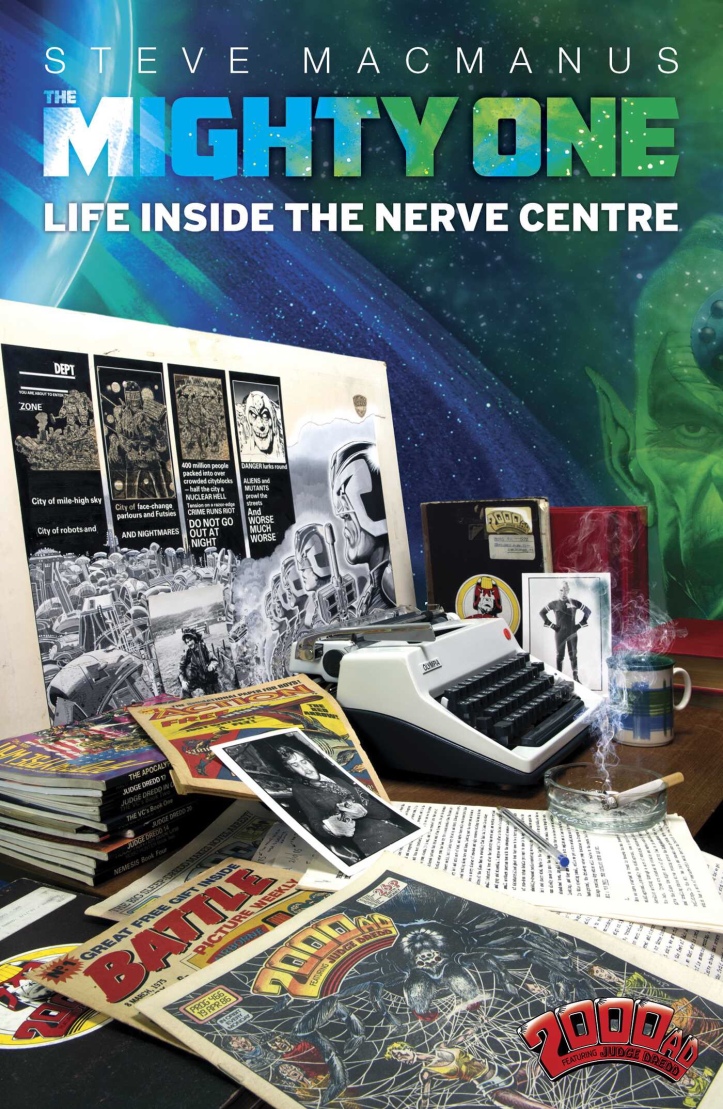 In the first of a series we ask comic creators and fans to be the editor of their ‘perfect comic’.

First up is Steve MacManus, author of ‘Mighty One, Life Inside The Nerve Centre’ and former Tharg editor of the classic comic 2000AD.

“First up I’d have the ‘Running Man’ as the first strip to read. It’s fast and furious and would get the reader settled.”

The ‘Running Man’, framed British athlete Mike Carter, appeared in Action in 1976. It was written by Steve with art by Horacio Lalia. 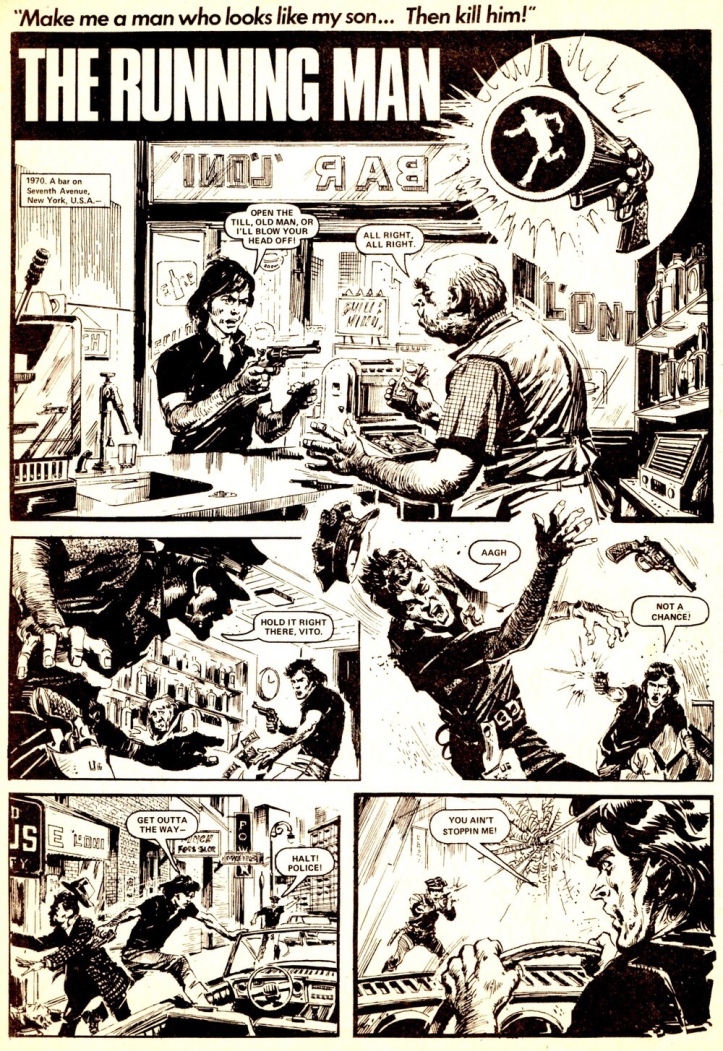 “Then, for a complete change of pace, I would run ‘Raven on the Wing’.”

Written by John Wagner with art by Mike Western the strip is the story of Captain Joe Darkie and his team behind Japanese enemy lines in Burma. The story first appeared in Battle Picture Weekly in 1976 and has subsequently been reprinted in the Judge Dredd Megazine and as a graphic novel in 2011. 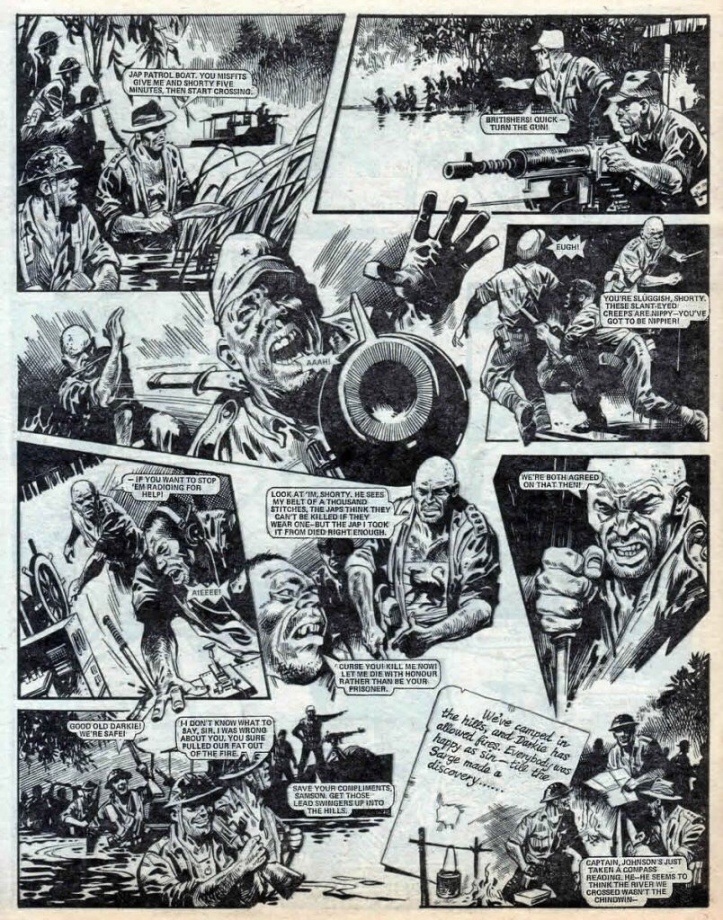 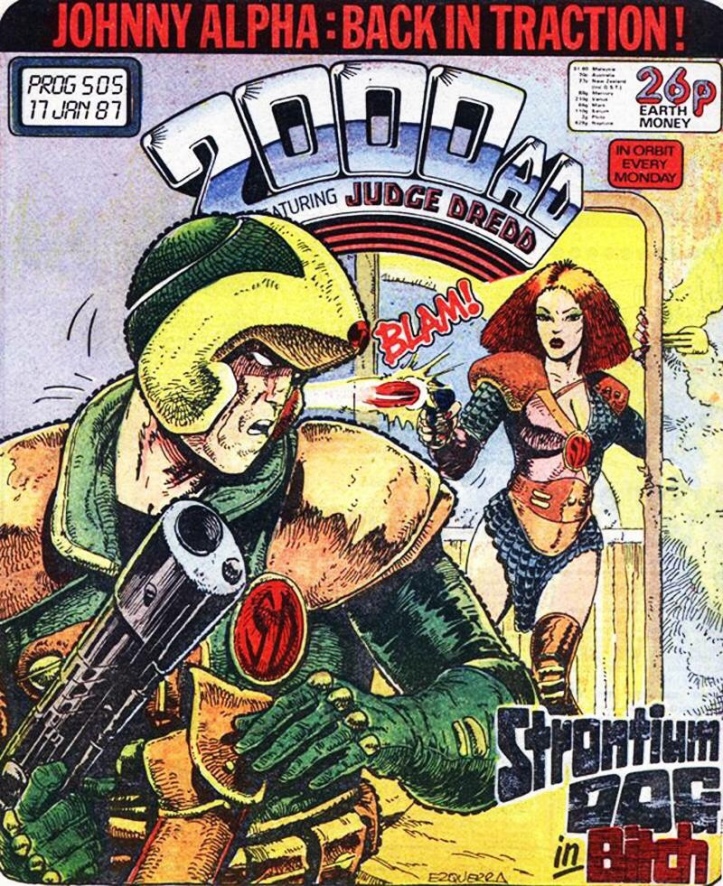 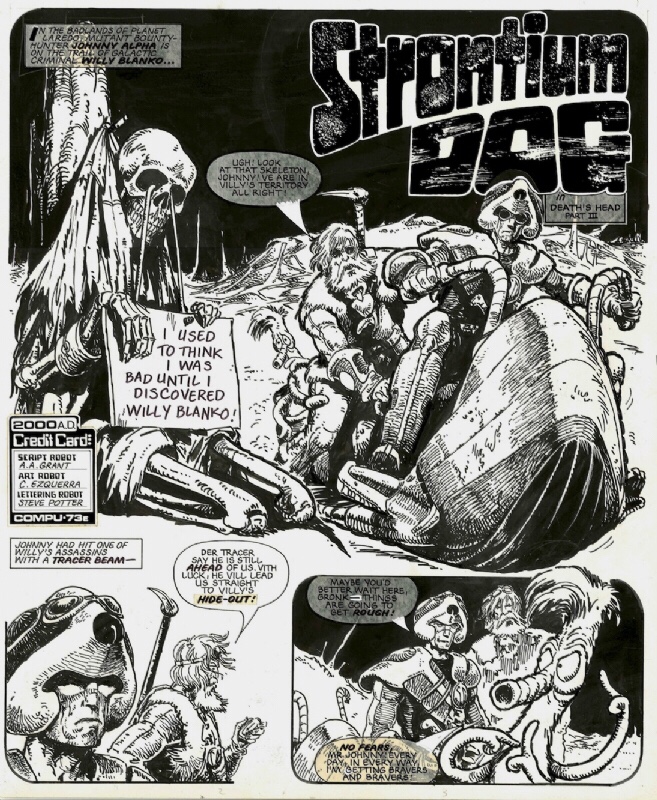 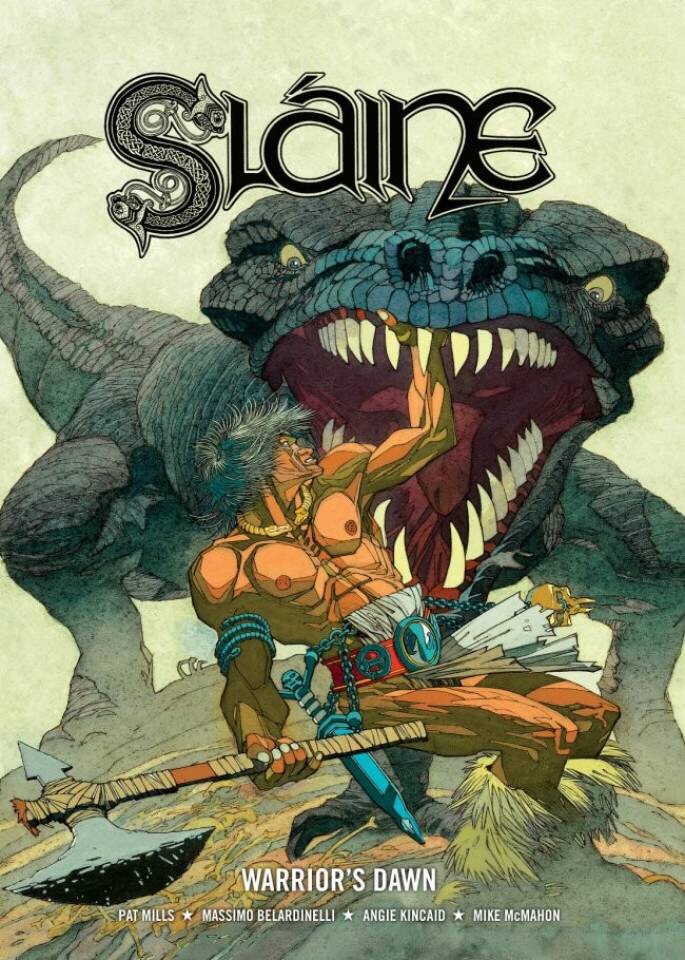 Strontium Dog, Slaine and Harry 20 all appeared in 2000AD, with Strontium Dog originally appearing in the comic ‘Starlord’. 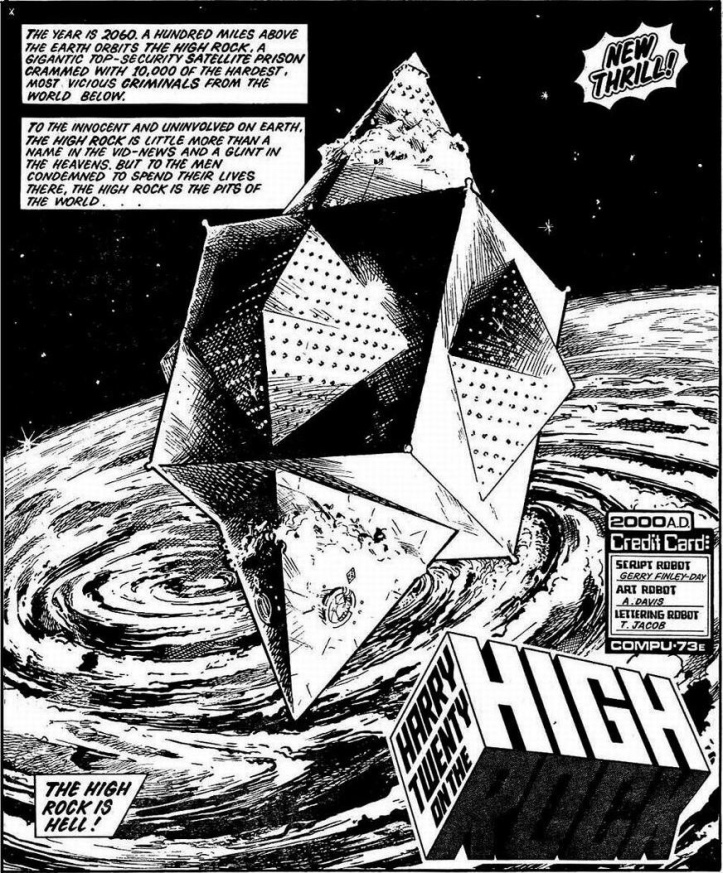 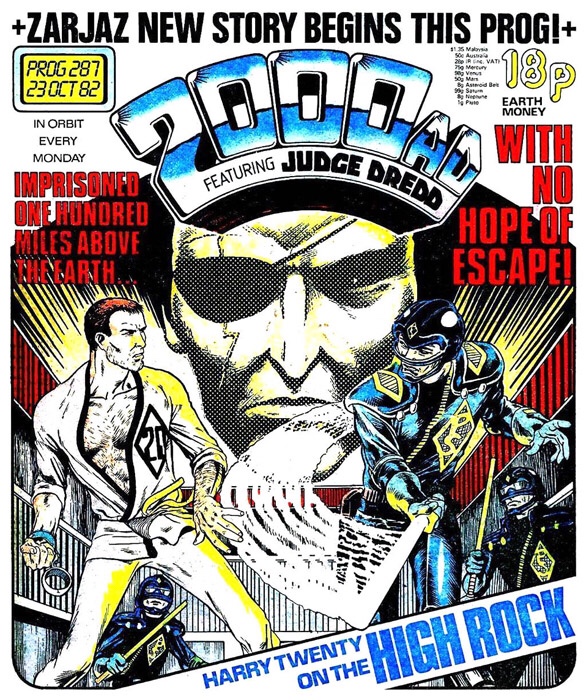 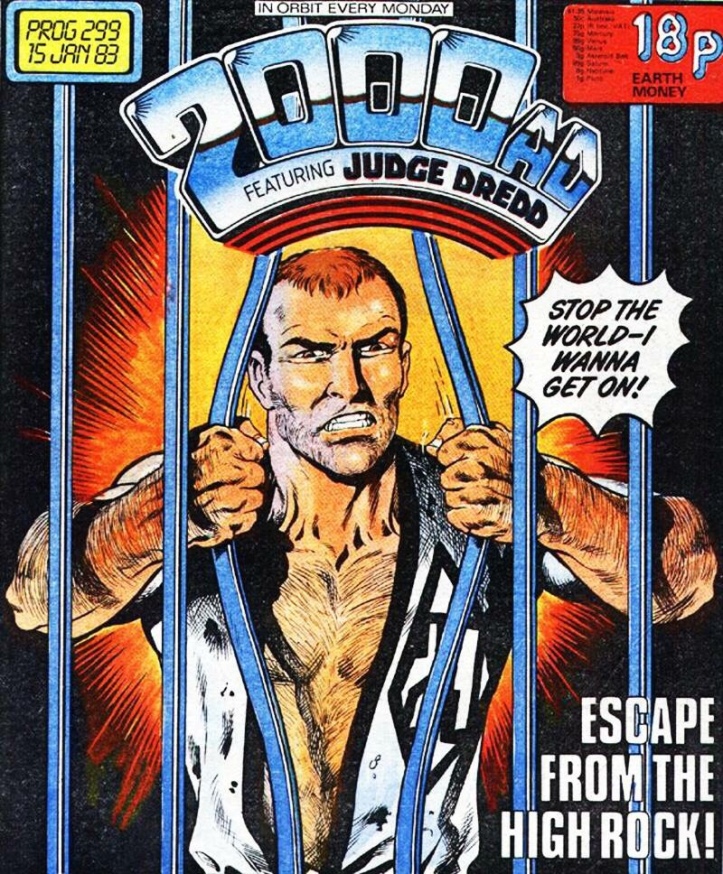 “And, to conclude, I would like to wrap the 48-pages in glossy covers, making the package 52 pages in all.”

Sharp intake of breath by the comic publishing ‘suits’!

Face Ache, The Ken Reid Years, The First 100 Scrunches has just been released by Rebellion. The character first appeared in ‘Jet’ and then ‘Buster’. 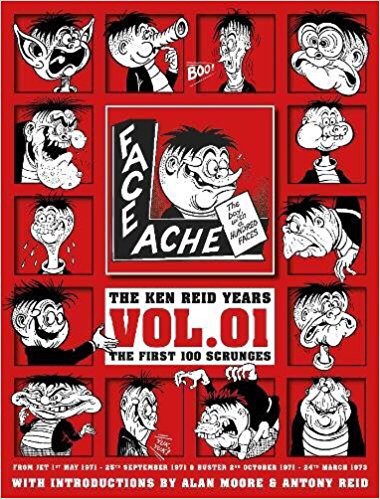 “Naturally, the fist issue would have a free cover mount, namely the legendary spud gun of yesteryear.”

And the title of Steve’s ‘Perfect Comic’ would be…

We’d like to thank Steve MacManus, truly a mighty Tharg, for his excellent contribution.

Hopefully this feature will help you explore the wonderful world of Comics. Don’t forget you can read more about the characters mentioned above on some fantastic blogs.

For more on Steve MacManus check out features on Albion , Down The Tubes , Great News For All Our Readers and Hibernia Comics blog

For more on Tbe Running Man go to Down The Tubes

For Raven on the Wing go to Crivens.

For Darkie’s Mob there is a fan page , and the Bronze Age Of Blogs . You can read an interview with Mike Western here and on the Blimey blog.

You can find out more about Face Ache at Blimey and a little something about Ken Reid at Kazoop!

Tag us on twitter at @comicsflixukus and we’ll share further links to past blogs featuring Steve’s choices.