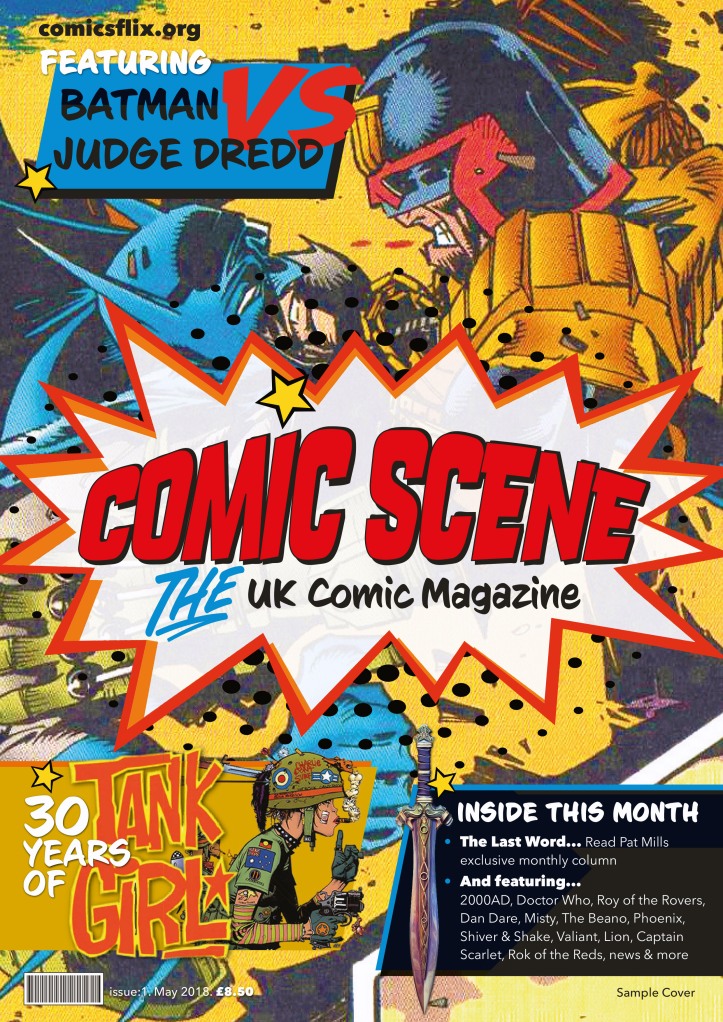 A sample of the new magazine ‘ComicScene UK’ cover has been released.

It previews some of the expected content of the first issue, available by mail order subscription only, on 1st May.  You can subscribe in the UK or internationally here.

This week it was announced that creator of 2000AD Pat Mills, who also co-created characters including Slaine, ABC Warriors and Marshall Law, would be writing a regular column for the title called ‘The Last Word’.  A second superstar writer is expected to be announced shortly.

The cover suggests that the Rebellion reprints of Batman and Judge Dredd will feature.  The title will also be celebrating thirty years of Tank Girl and Deadline comic.  Writers and features on comics including 2000AD, Doctor Who, Dan Dare, Roy of the Rovers, The Beano, The Phoenix, Shiver and Shake, Valiant, Lion, Captain Scarlet and small press comics are expected to be announced over the next two weeks.

Advance orders for the title are being taken now.  You can order one issue or take advantage of a six month or twelve month discounted offer.  Subscriptions can be made online with paypal or credit card through the ComicsFlix shop.