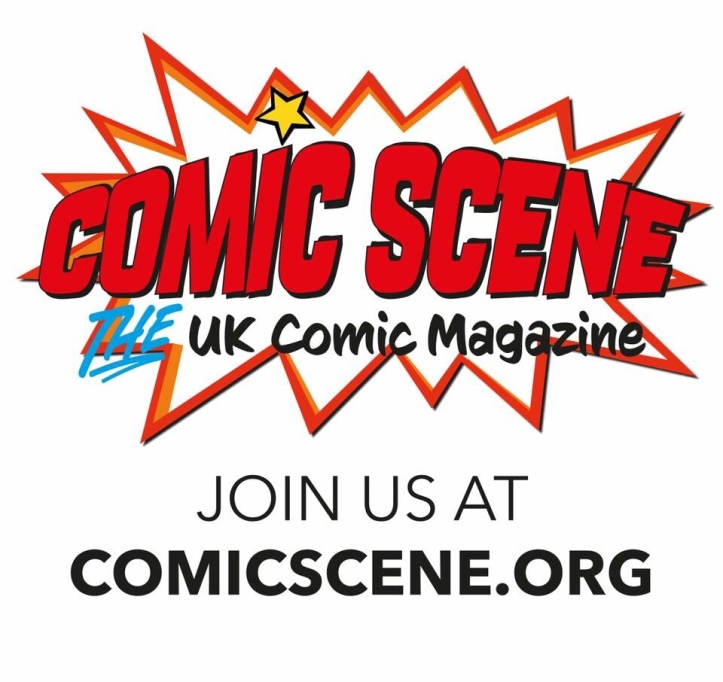 Welcome to ComicScene UK new end of the month comic media briefing.  We scour through all the weeks media stories about comics from the UK media so you don’t have to!

Don’t forget to catch our own weekly news stories and reviews at our website www.comicsflix.org

A guide to the Beano from the Independent here

Gloucester will have two Comic Cons this year here

What to expect at Manchester Comic Con this weekend here

ComicCon on the BBC News here

Beano at 80 in the Express here

What is it with men collecting stuff in the Independent here

Sabrina in the Evening Standard here

Who is Captain Marvel in the Guardian here

What does it take to dress a modern day superhero in Vogue here.

‪Coming soon‬ ‪✔️The future of ComicScene - great news for all readers. ‬ ‪✔️ComicScene History of Comics 1930 to 2030 Part Work.‬ ‪✔️ComicScene Annual 2021‬ ‪✔️ComicScene Summer Special 2021‬ ‪Sign up for exclusive news & offers not available anywhere else https://comicscene.us4.list-manage.com/subscribe?u=1122b6df091c2000075ebfb21&id=6b8a359a04
Something new is coming - get the news first by signing up to the ComicScene Email Newsletter - https://comicscene.us4.list-manage.com/subscribe?u=1122b6df091c2000075ebfb21&id=6b8a359a04
ComicScene really wanted to get Dan Dare back on WHSmith newsagent shelves for 14th April celebrations but Covid-19 prevented us from doing so. Hopefully we will ge to share the three 50’s style Dan Dare strips that appear in ComicScene Issue 13 in August but meantime you can buy the 84 page Dan Dare special at www.getmycomics.com/ComicScene or at https://comicscene.org/comicscene-online-store/ - £1 goes towards the Atkinson Museum which houses the Frank Hampson Dan Dare exhibit.
Have a FREE read of the 320 page Great Big ComicScene Annual 2019 - there's a few 2000AD, Toxic, Marvel UK and current artists you may recognise. https://comicsceneorg.files.wordpress.com/2020/05/comicscene-annual-a4-final-final-12-11-18.pdf The ComicScene Annual 2021 is coming... More news soon - sign up to our newsletter to hear about it before anyone else. It's a bit different - and it will BLOW your mind! https://comicscene.us4.list-manage.com/subscribe?u=1122b6df091c2000075ebfb21&id=6b8a359a04