You have less than two weeks to support and buy the only monthly magazine dedicated to comics and comic culture available on newsstands at WHSmiths, McColls, Easons, Comic Shops and online at http://www.comicscene.tictail.com

Here is what’s in the current issue.

DownTheTubes, Doctor Who and Buster and Cor! editor and writer John Freeman looks forward to what’s coming from Rebellion, DCThomson and Titan Comics in 2019. 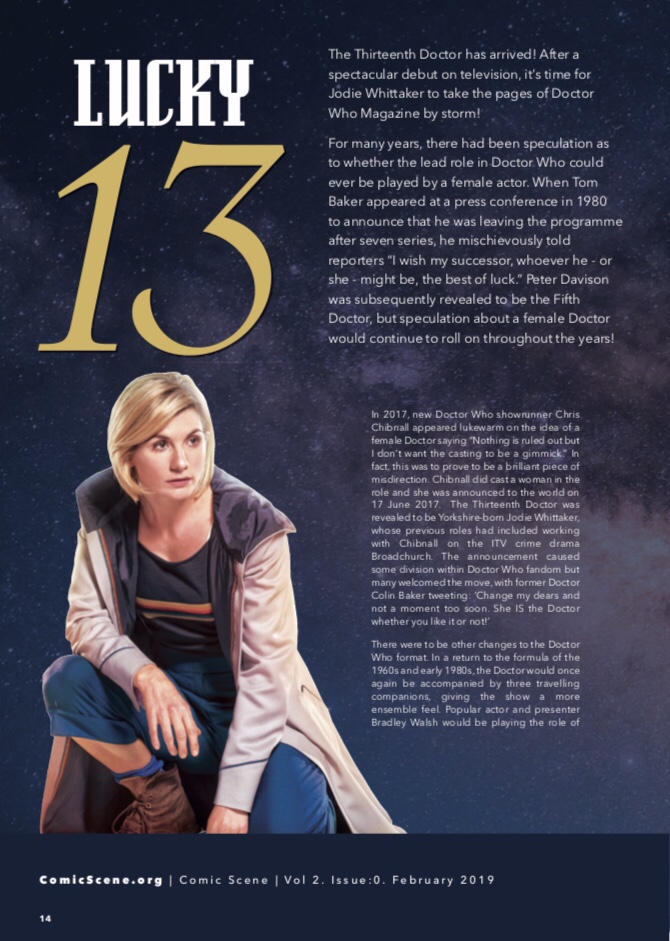 Ian Wheeler looks at the new 13th Doctor comics in Doctor Who Magazine.

John McShane takes a look at Fake News and how it was used to censor comic books.

We celebrate 40 years of Star Lord, heir apparent to 2000AD.

Colin Noble takes a look at Starblazer, the DCThomson comic that celebrates 40 years in 2019.

ComicScene features classic and new comics including the Streets of London.

Stephen Jewell takes a look at Peter Cannon: Thunderbolt and the connection with Ozymandias in Alan Moore and Dave Gibbons The Watchman.

Along with other winter treats we feature a chat with Grant Morrison on Klaus and the Crying Snowman. 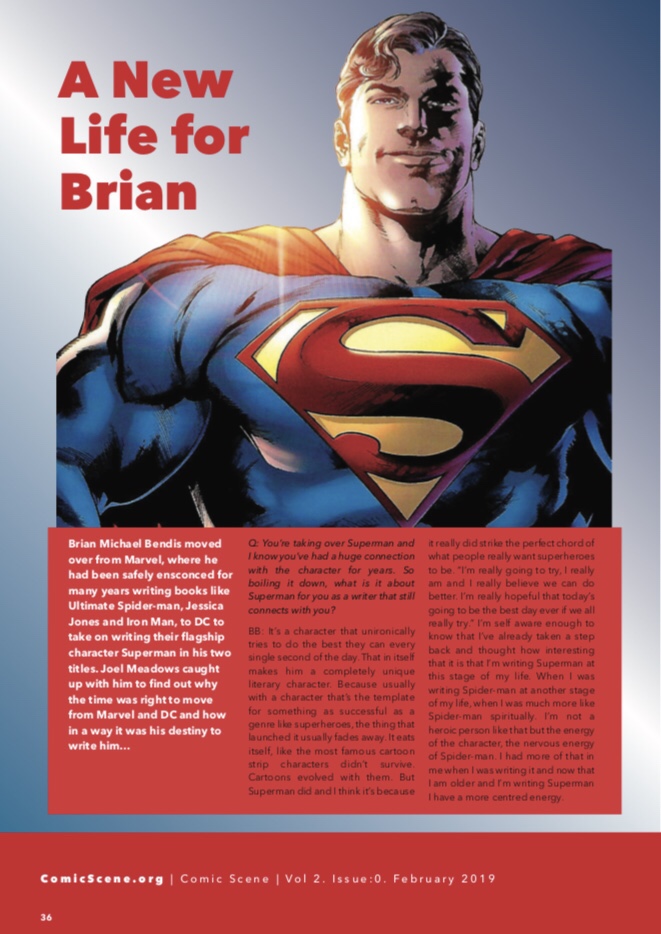 Other too creators include Brian Michael Bendis on 80 years of Superman. 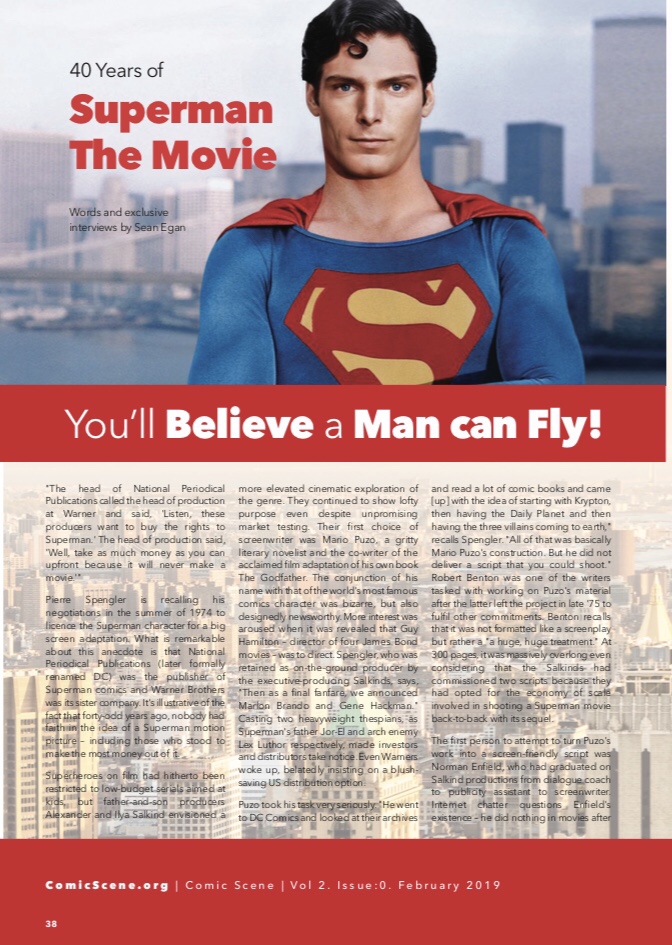 We speak to director Richard Donner about 40 years of Superman the Movie. 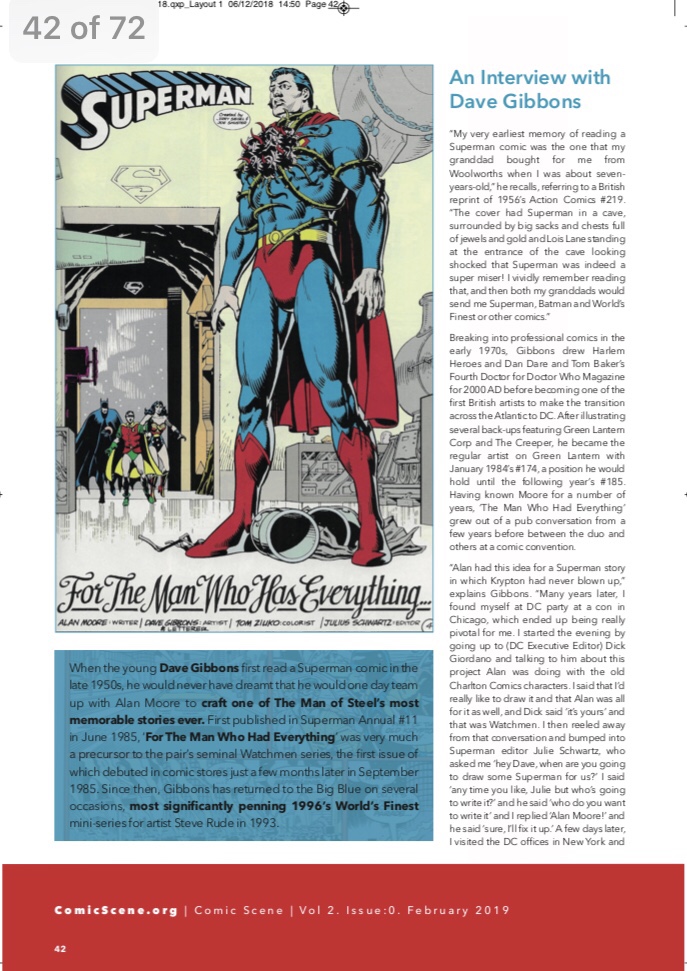 Dave Gibbons revisits For the Man Who Has Everything. During 2019 ComicScene will be taking a look at a number of Alan Moore projects as he announces his retirement from comic writing.

As the ComicScene Annual features work from the Vigilant Simon Furman and Geoff Senior on To The Death, we take a look attheir popular character Death’s Head. 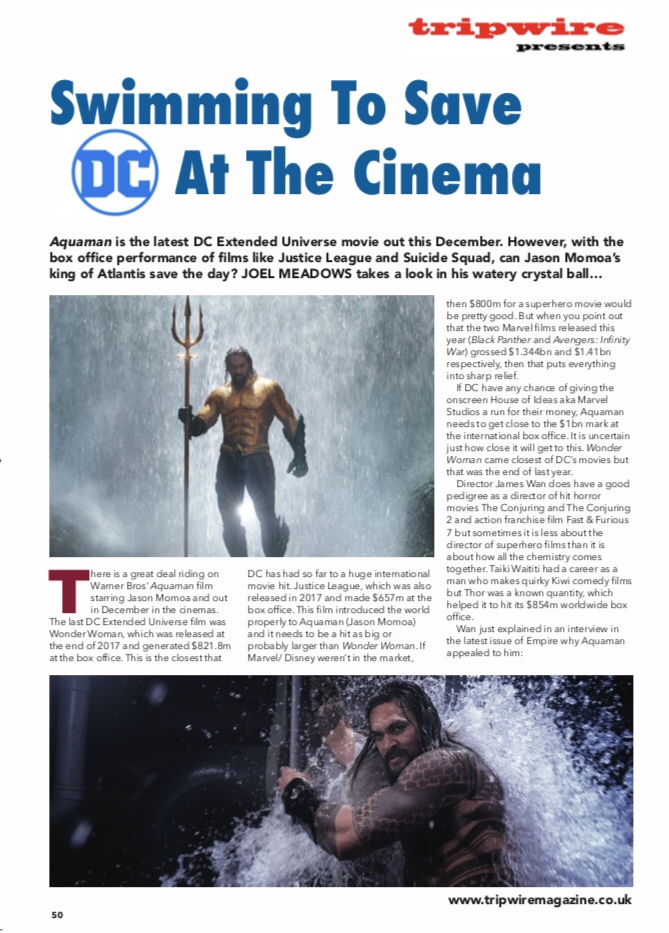 The team at Tripwire bring you eight pages of comic inspired TV and Film projects, including the hugely successful Aquaman Movie. 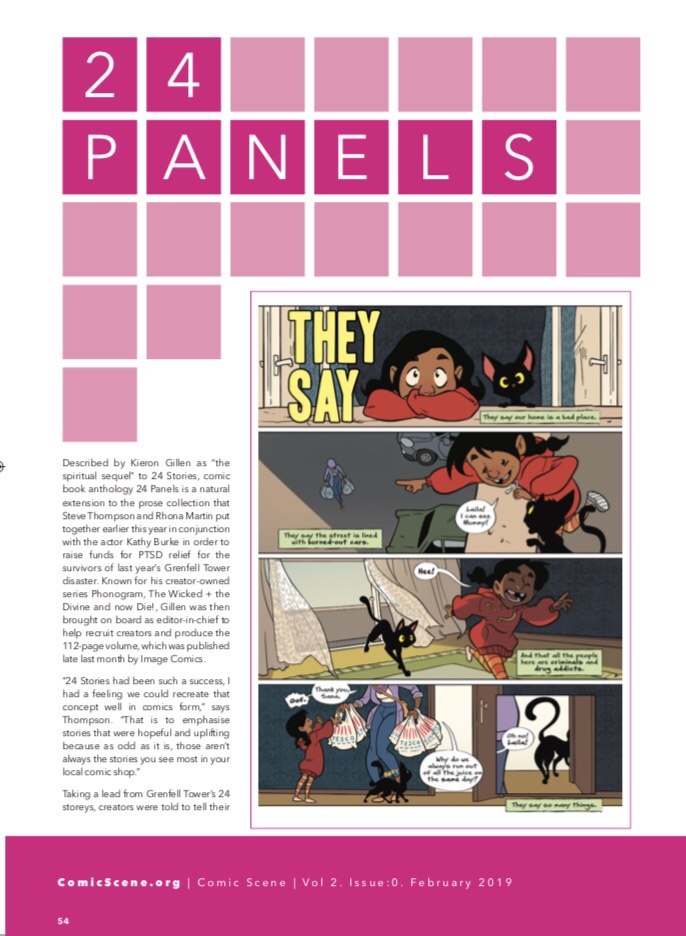 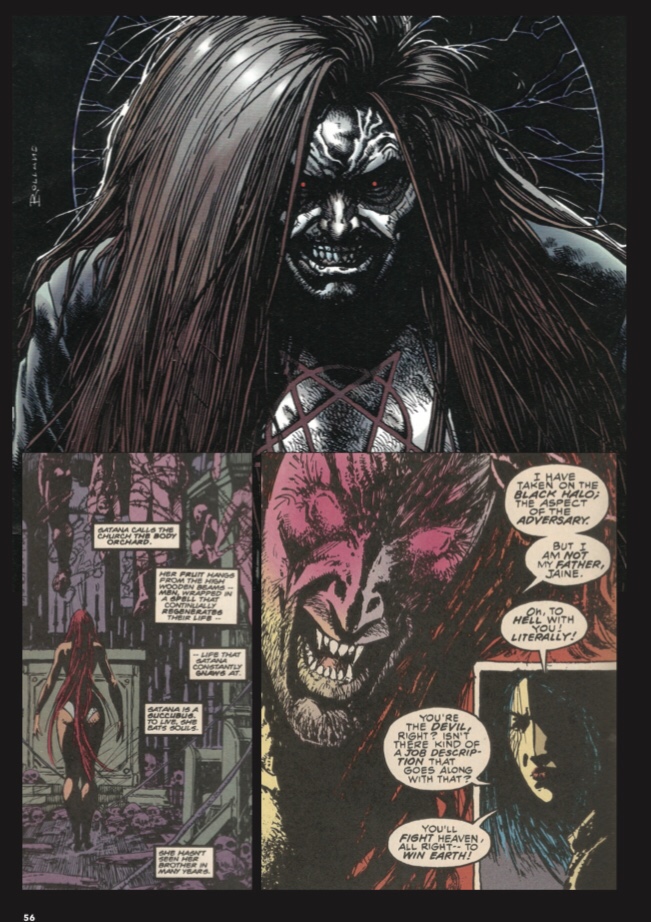 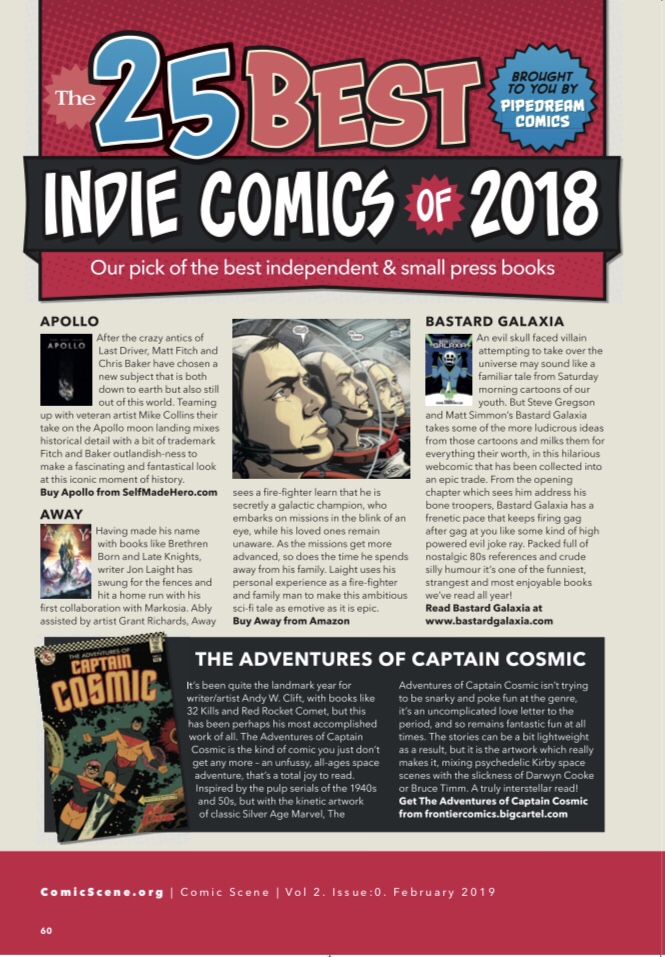 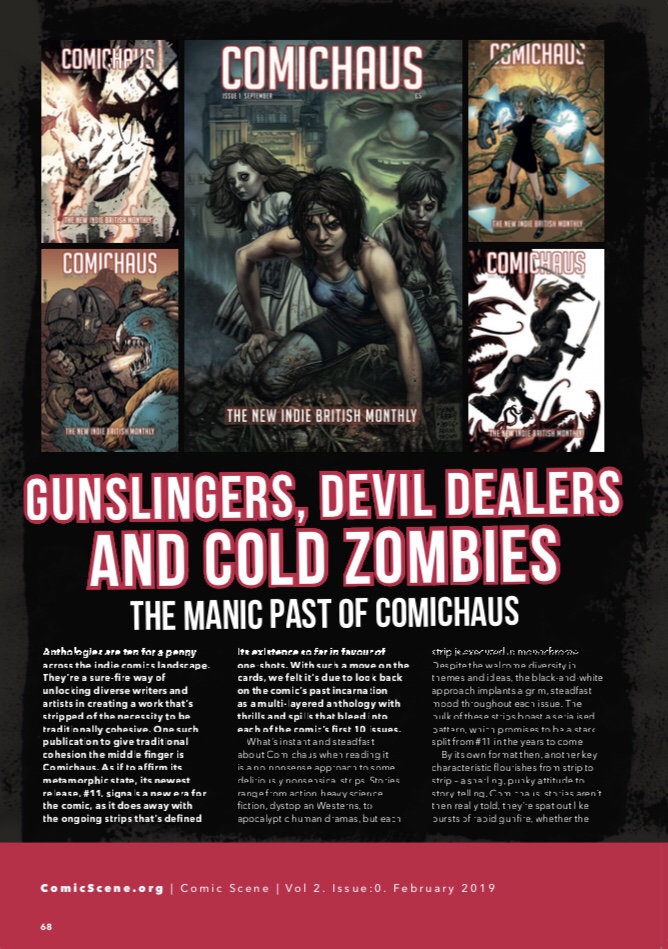 Finally we have our regular column from creator of 2000AD Pat Mills. This month in the Last Word Pat gives advice on how you can work for comics, including getting your work featured in ComicScene.

The current issue of ComicScene is available now in stores to the 20th February and online now at http://www.comicscene.tictail.com – make sure you pick up a copy today!