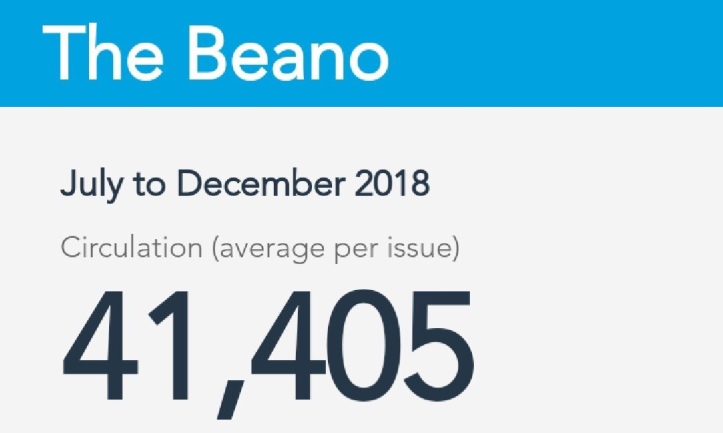 The Beano readership has gone over the 40,000 mark, according to new ABC figures published this week.

You can see how that compares with other years on John Freeman’s fantastic DownTheTubes site and his spreadsheet on circulation figures here.

The Beano have been working hard to achieve that landmark figure as they celebrate 80 years of the comic, seemingly turning the tide on a declining figure low of four years ago.

At ComicsFlix Towers we welcome that young people (and their parents/carers) are turning once more to comics and that new material continues to be produced alongside revamps of classic characters and revisiting some old favourites (which is why we produced our magazine ComicScene, to help guide you if you’ve been away a while!)

Well done to the team at DC Thomson and the Beano as they have been doing some fantastic stuff this year and all their hard work deserves recognition not only in improved circulation but just for bringing the fun back to comics readers. Magic stuff!