It’s great to see a healthy dose of indie, small press and larger comic publishers coming out with several new comics and reprints of classic material. That’s why we put together ComicScene Magazine, to help guide new, returning and die hard fans of the medium. Each month we feature the best in comics and comic culture.

As the comics get a resurgence, so does fandom! Not only great Vlogs, Podcasts, Blogs and websites but in print too! Here are a few titles already out and on the way. 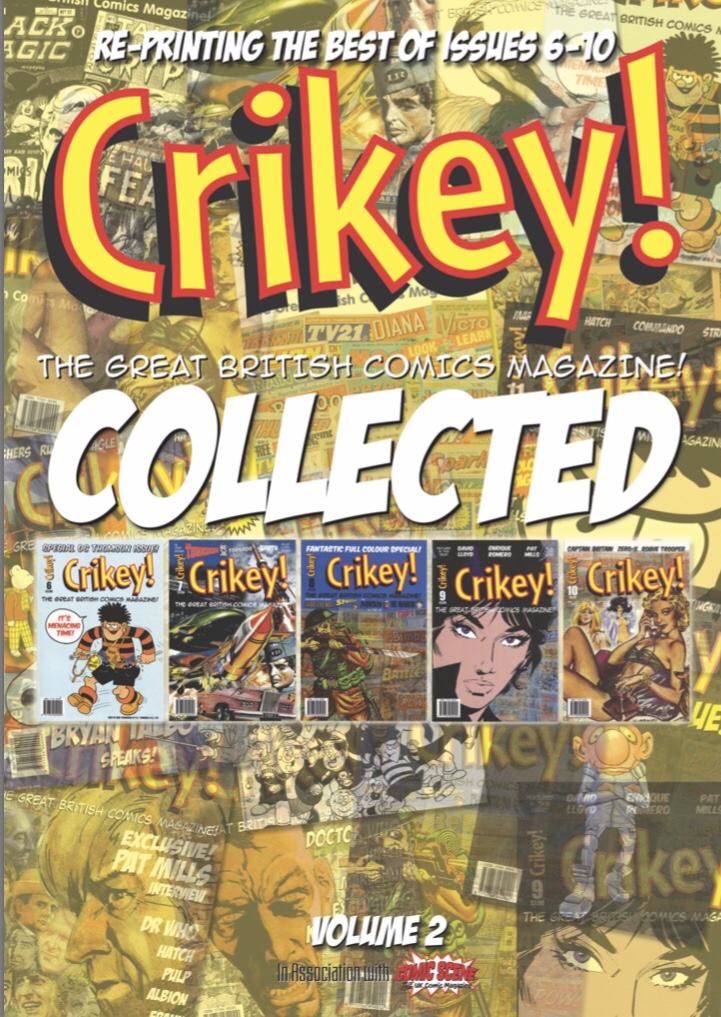 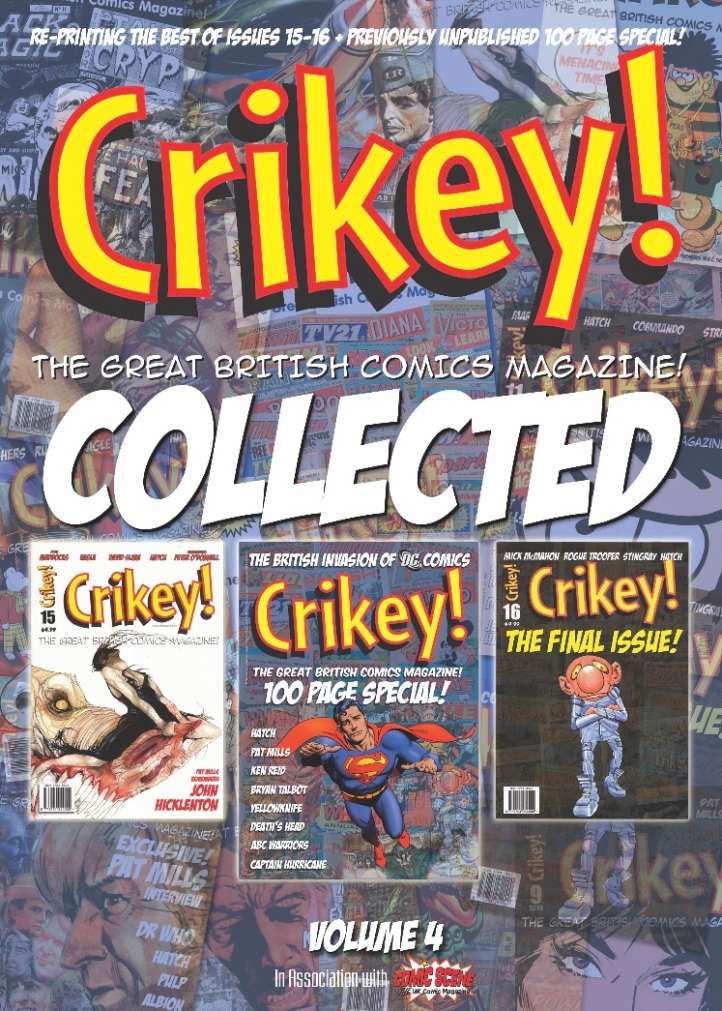 There is, of course, the collected Crikey! Volumes 1 & 2. They are out now collecting issues 1-10 of the magazine first released in 1997. Each collection has 200+ perfect bound pages. You can pre order issues 3 & 4 too, Issue 4 including the never before printed Issue 17. You can get Crikey! Collected and ComicScene at http://www.getmycomics.com/ComicScene in print or digital. 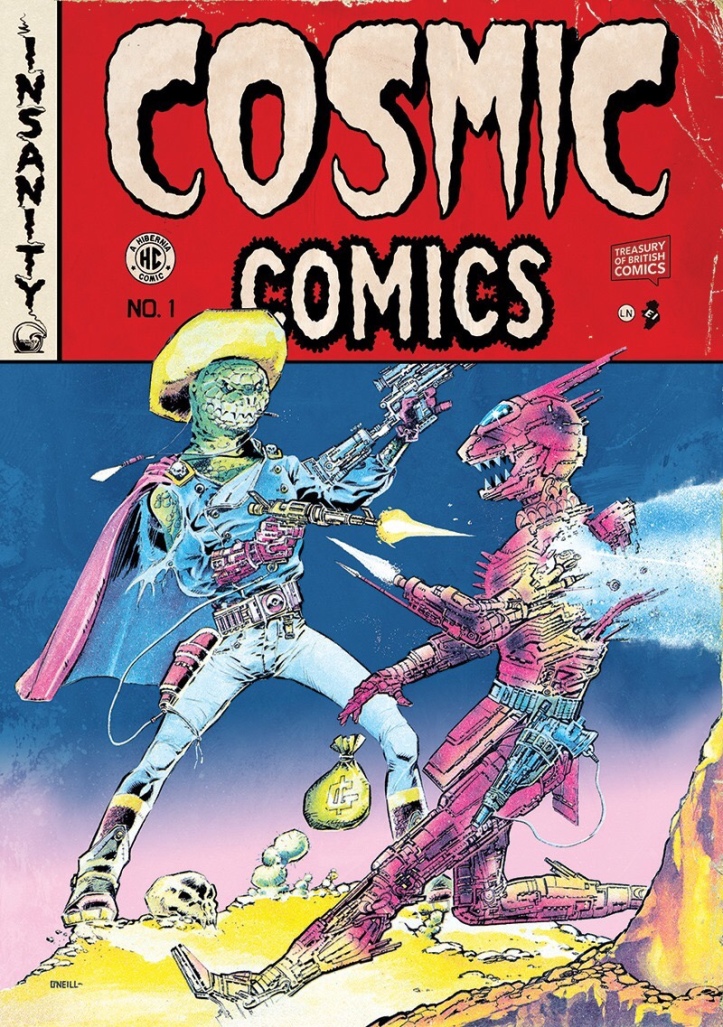 Our now from Hibernia Books is Cosmic Comics, featuring early work from Kevin O’Neill. For fans of Captain Klep and Dash Decent this is a must and is out together with the help of the Treasury of British Comics. 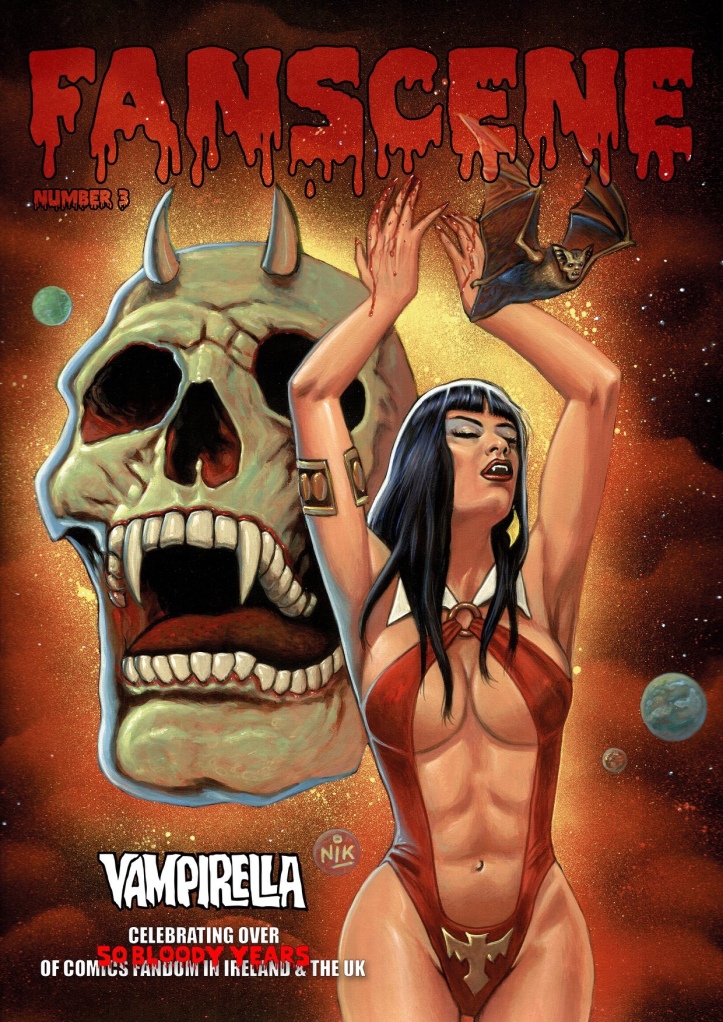 Also out is FanScene 2 from David Hathaway Price, which looks at over 50 years of ComicCons. Today David also previewed the cover of Issue 3 by Nick Neocelous and Issue 4 by Mark Ammerman and Carlos Garson. All will be available free online, as is Issue 1 (which ComicScene publisher ComicsFlix had the pleasure to print and distribute last year and is now sold out!) 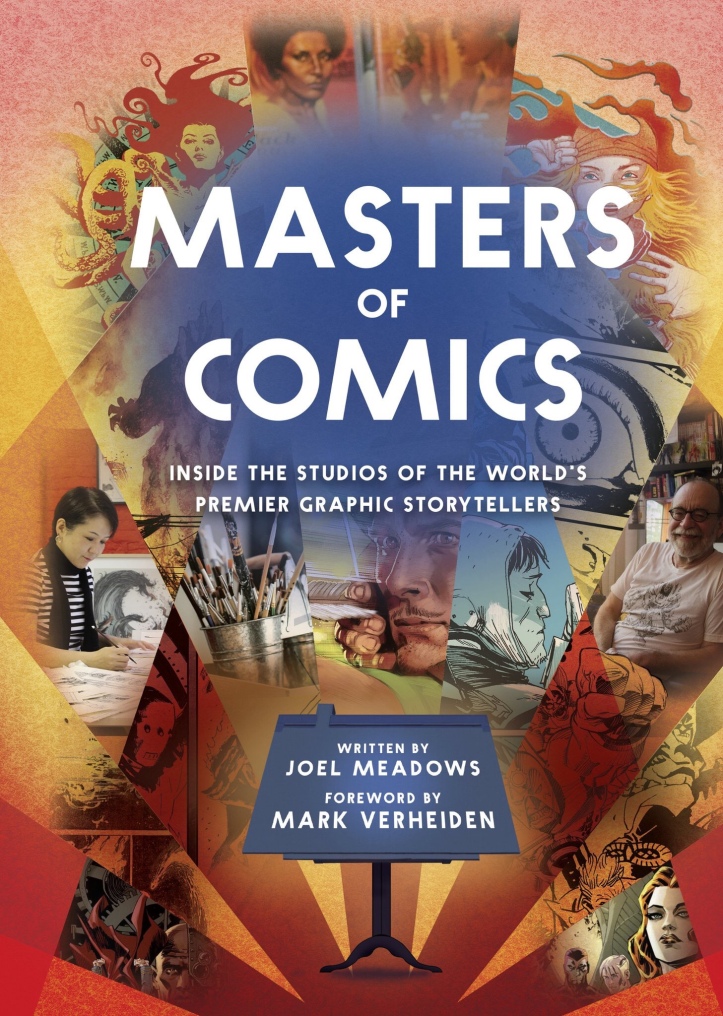 Coming soon Tripwire editor and our very one ComicScene writer Joel Meadows releases his book from Insight Publishing – the Masters of Comics – an insight inside the studios of the worlds premier graphic storytellers. The 184 page book comes out in June.

Another great book available now from DC Thomson Heritage Books is The Art of Ian Kennedy, as featured in the current issue of ComicScene Magazine 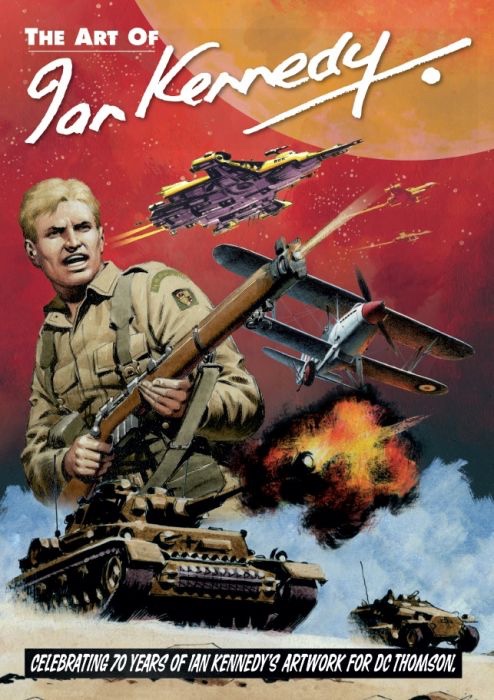 Ian Kennedy is also known for his 80’s Dan Dare, but 1950’s Dan Dare features in Spaceship Away, available three times a year mail order, and the Eagle Times.

A couple of fanzines are due out soon too – both from Scotland, where ComicScene is based. Like writing and drawing comics we have the weather for staying indoors and putting together magazines.

‘Nuff Said was previewed at Edinburgh Comic Com and is scheduled to be released three times a year. And in May we see the return of AKA. You may remember ComicScene publishers ComicsFlix reprinted the AKA Tapes featuring 2000AD last year. This is put together by the original team and their launch party is at the end of June. 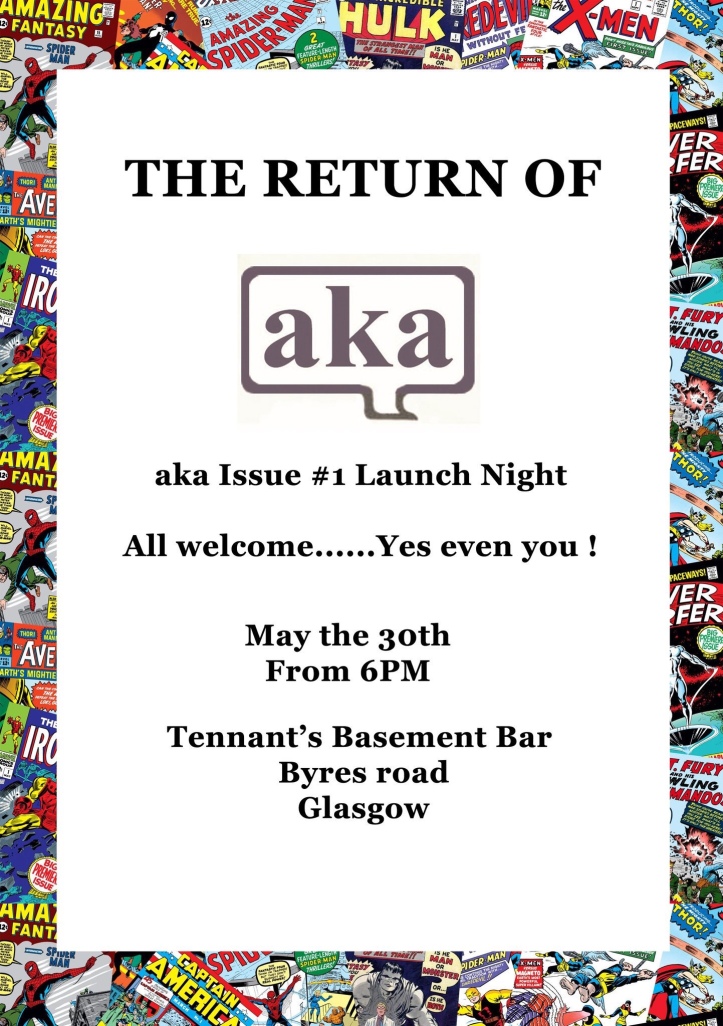 So exciting times for fans of comics – you are spoilt for choice. Meantime ComicScene is about to release our tenth issue, ComicScene Volume 2 Issue 4, after winning two awards for Best Specialist Publication at the Yancy Street Awards In Edinburgh and the Tripwire Best Magazine Award at Portsmouth. Looks like the competition will be fierce next year!

Meantime we encourage you to order ComicScene (and your comics) at http://www.getmycomics.com/ComicScene – add to your standing order / pull list in your favourite comic Shop (if they order ten or more they get free advertising) – order in ANY newsagent or pick up at selected WHSmith, McColls and Easons. Issue 3 out now and here is a sneak peek at issues 5 & 6 out June and July. 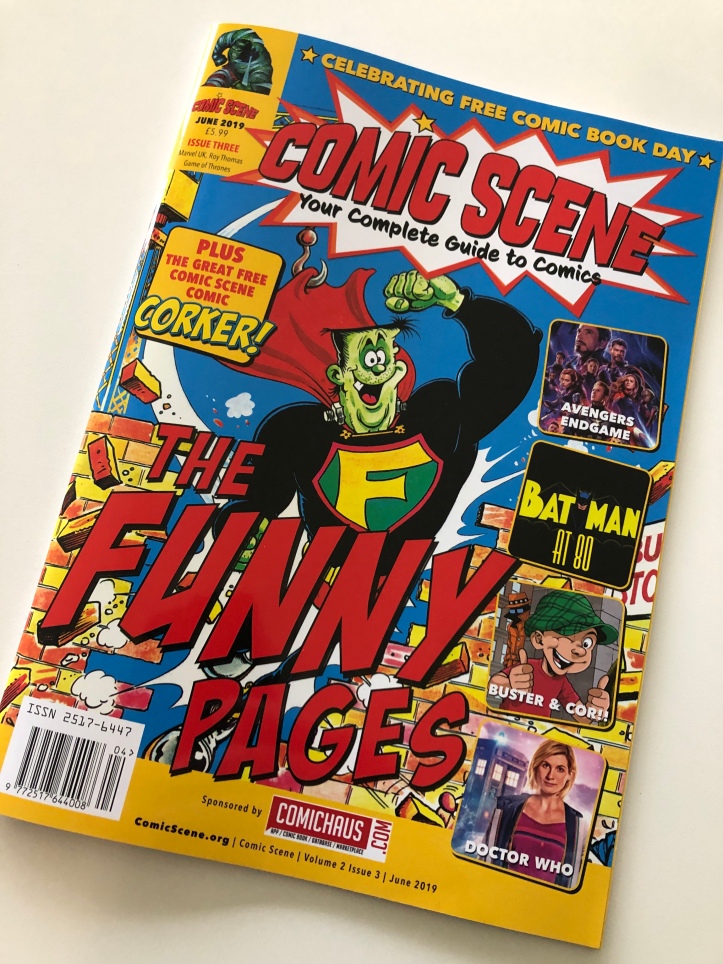 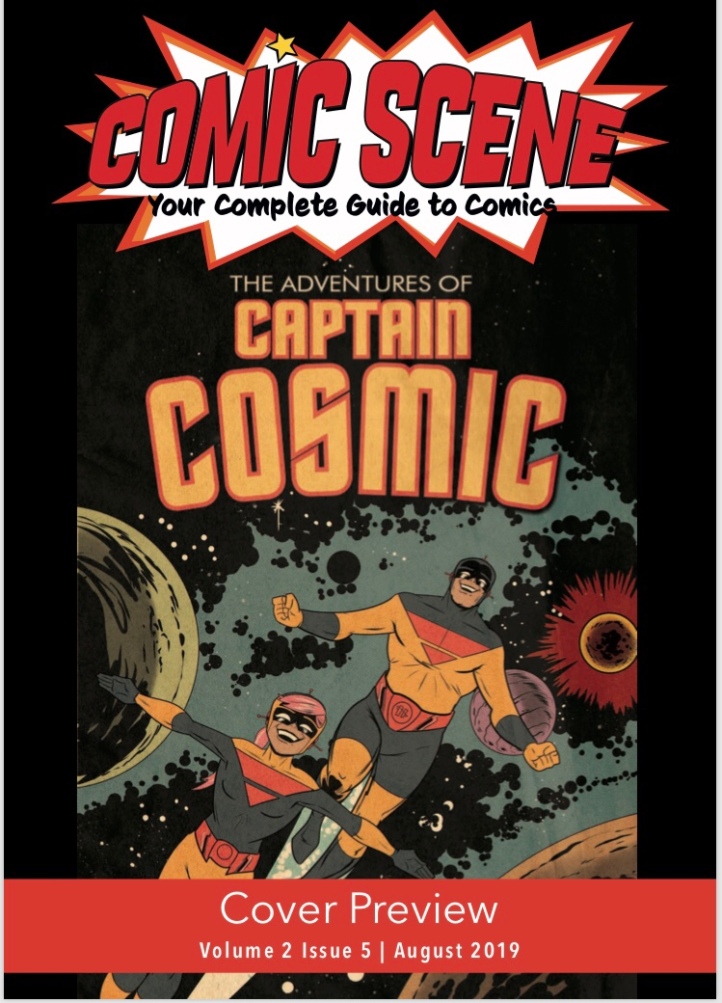