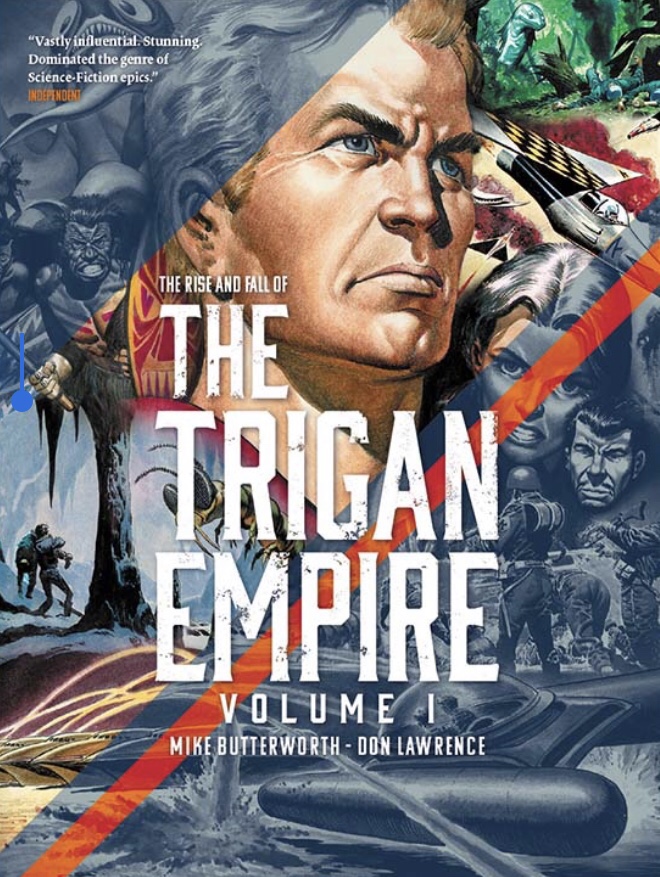 Rebellion are to release the first 304 page volume of Trigan Empire by Mike Butterworth and Don Lawrence in March next year.

The tale of political intrigue ran from 1965 to 1982 in Ranger and then Look and Learn.

Liam Sharp and Chris Weston will provide introductions to the book, which influenced writers and artists such as Brian Bolland, Neil Gaiman and Dave Gibbons.

Initially titled the Rise and Fall of the Trigan Empire this science fiction story focussed on an alien empire on planet Elektron that was heavily influenced by actual world events and history.

The cover looks lovely and and everyone at Comicsflix Towers eagerly await this release and other plans from Rebellion in 2020. Follow the journey in ComicScene Magazine – subscribe at http://www.getmycomics.com/ComicScene