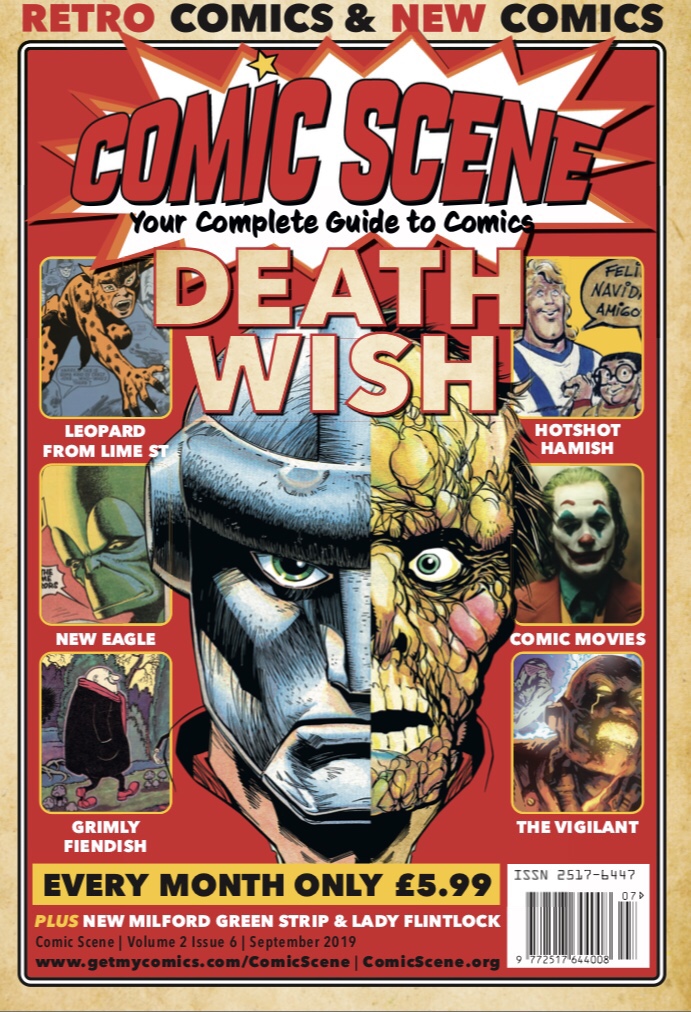 ComicScene Issue 6 Cover has been revealed – and we have a Death Wish!

In this issue we have two articles by former editor Barrie Tomlinson on Death Wish, the first volume of which comes out in July from Rebellion, and Hot Shot Hamish.

There are also articles on the Leopard From Lime Street, Grimley Fiendish, The New Vigilant Legacy, comic book movies, indie comics, European comics and the first part of a two part series on the new Eagle.

There is also the first part of new cosmic strip Milford Green and the second part of Lady Flintlock.

You can pre order your copy of ComicScene Issue 6 at https://getmycomics.com/comicscene and it’s due out 25th July