Roy of the Rovers Exhibition and talk 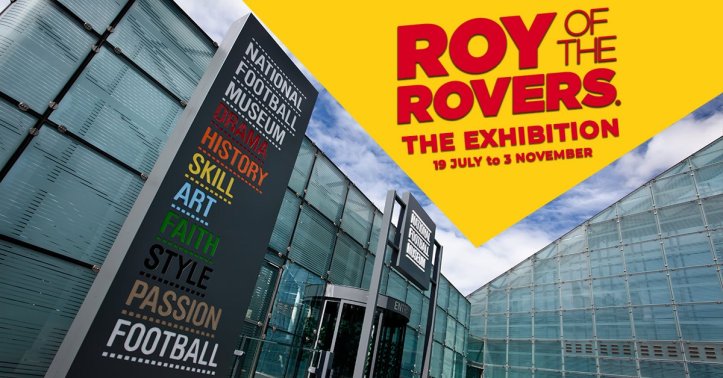 Celebrate the 65th anniversary of Roy of the Rovers with those who helped shape his incredible career.

Since 1954, Roy Race has lifted cups and titles with Melchester Rovers, been shot by a gunman, saw teammates murdered in a terrorist attack, experienced an earthquake at Mel Park and lost his foot in a helicopter crash (and that’s not half of it).

Hear from the writers, publishers and designers who guided his story, relive some of the most memorable and controversial moments in the strip’s history, and see the museum’s dedicated Roy of the Rovers exhibition in the Pitch Gallery.  In attendance will be Barrie Tomlinson, Rob Power and Rob Williamson.

Get your tickets here

All FWF ticket holders will also receive free admission to the National Football Museum on Wednesday 11 September, where the Roy of the Rovers exhibition is on display.

You can celebrate the 65th anniversary of Roy of the Rovers with a dedicated pop-up exhibition at the National Football Museum to 3rd November.

The Melchester Rovers legend made his first appearance in Tiger magazine in 1954, and remains a comic book icon to this very day. His exploits are known far and wide – you’ll likely hear commentators using the term ‘Roy of the Rovers stuff’ when describing last-gasp winners, underdog comebacks and intense cup drama!

Now Roy has returned, alongside his new female counterpart Rocky. See how the comic strip has evolved over the years through retrospective artwork, unique objects and family-friendly activities. Practice your drawing skills on our lightboxes, and don the iconic red and gold kit of Melchester Rovers in our dress-up area.

If you want to know more about comics and Roy of the Rovers you can get back half price issues of ComicScene Magazine and subscribe monthly here.

Over the last year we’ve looked at classic collections, artists, characters and the new stories too providing an indispensable guide to what classic and new comics you should be reading. 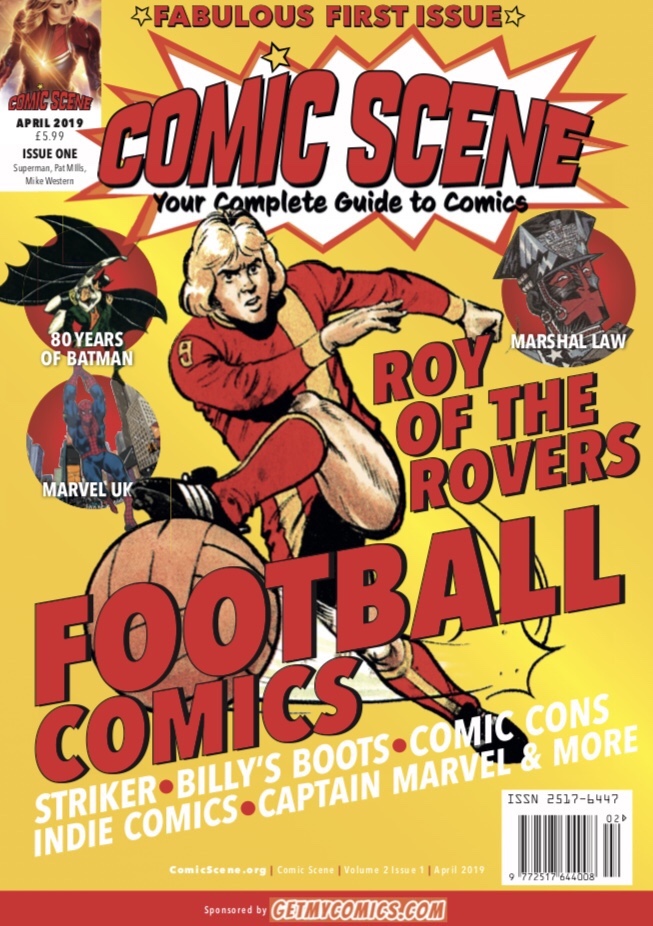 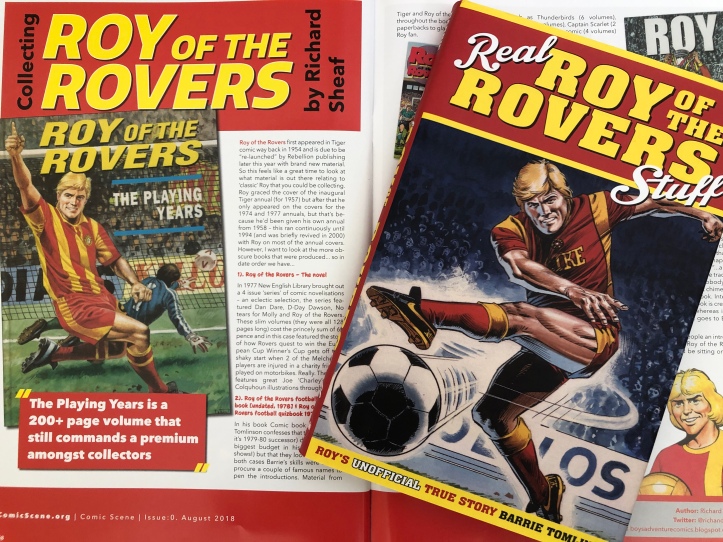