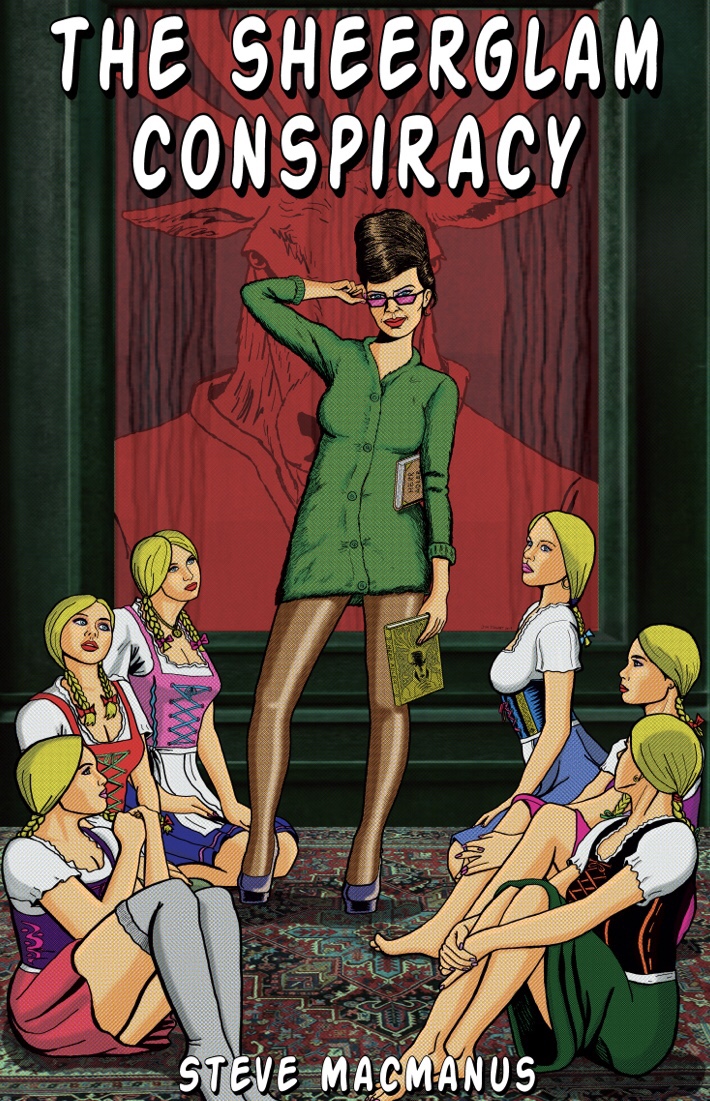 I received the email from Steve (Tharg) MacManus sometime in June.

Steve MacManus was writing a new book, the Sheerglam Conspiracy. A compliment to his novel ‘The Mighty One – My Life In The Nerve Centre’. John Freeman of DownTheTubes had suggested previewing it in ComicScene. Would I be interested?

Hmmm. A preview of a book by my favourite Tharg ever, who had presided over arguably the golden age of 2000AD? What would you say?

The preview fitted in quite nicely with a few 2000AD exclusives I’d been offered and planned to run over the winter months. The main issue was timing and turning it around quickly enough to make the preview an exclusive for the magazine. Content and a preview of the cover by Jim Stewart followed afterwards with requests for our design team at the Burgh on page layout. The font on the book was likely to change, but that didn’t matter. When it was all whipped together Steve was very happy with the results. You will be able to see for yourself in ComicScene from the 19th September with the full book available in print the following week.

And yesterday I received copy for the new book on ‘Misty’ by Julia Round, which we will preview before its release in November. It’s great but means we have to push back some articles we’ve had sitting in our inbox for months – in some cases almost a year! Of course we created this particular problem for ourselves, having actively pursued Julia on this one. Sometimes you have to strike when the iron is hot! I am sure the Misty book is going to be great and you should pre order it now. In fact both books previewed are going to be great, but enjoy both tasters in ComicScene anyway!