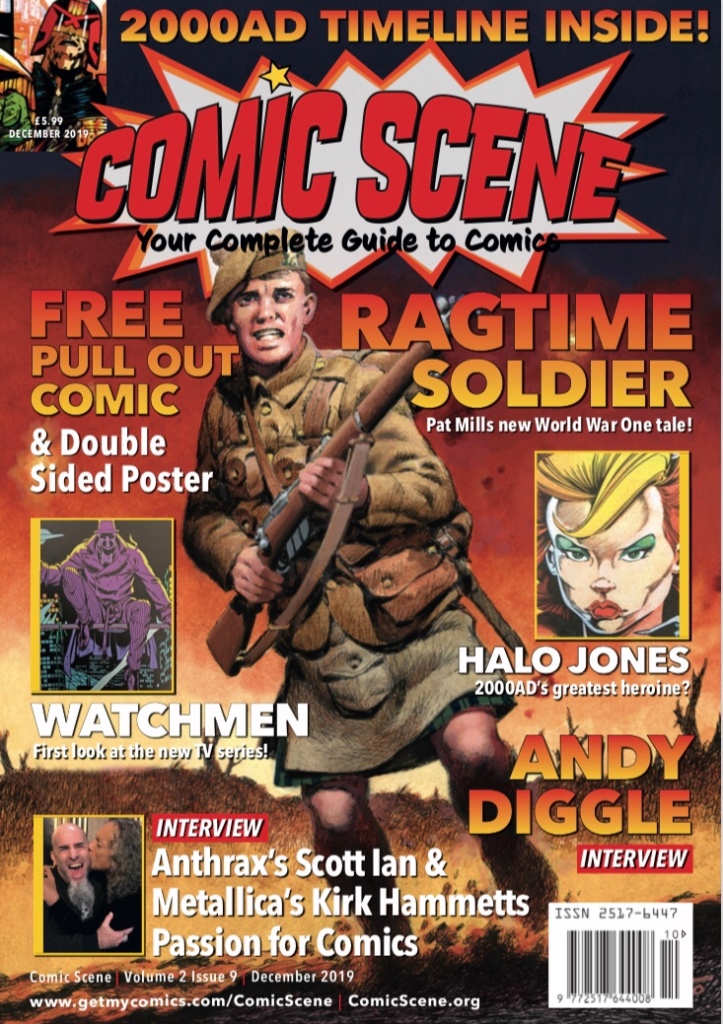 Coming out 24th October and available to pre order now is ComicScene Issue 9.

Behind an Ian Kennedy cover is the 32 page pull out comic ‘Great War Dundee’ which was recently launched at the V&A Dundee. The comic features a new strip, ‘Ragtime Soldier’ by Pat Mills and artists Gary Welsh and ComicScene Podcast host Phillip Vaughan. Regarded by many as the next ‘Charley’s War’ this is accompanied by extensive notes by Pat with his thoughts behind the story. Other strips include ‘Casualties of War’ by former Commando Comics editor Calum Laird and Elliot Balsan and ‘Women’s Toon’ by Commando writers Hailey Austin and Erin Keepers and 2000AD artist Anna Morozova with lettering by Emmeline Pankhurst. 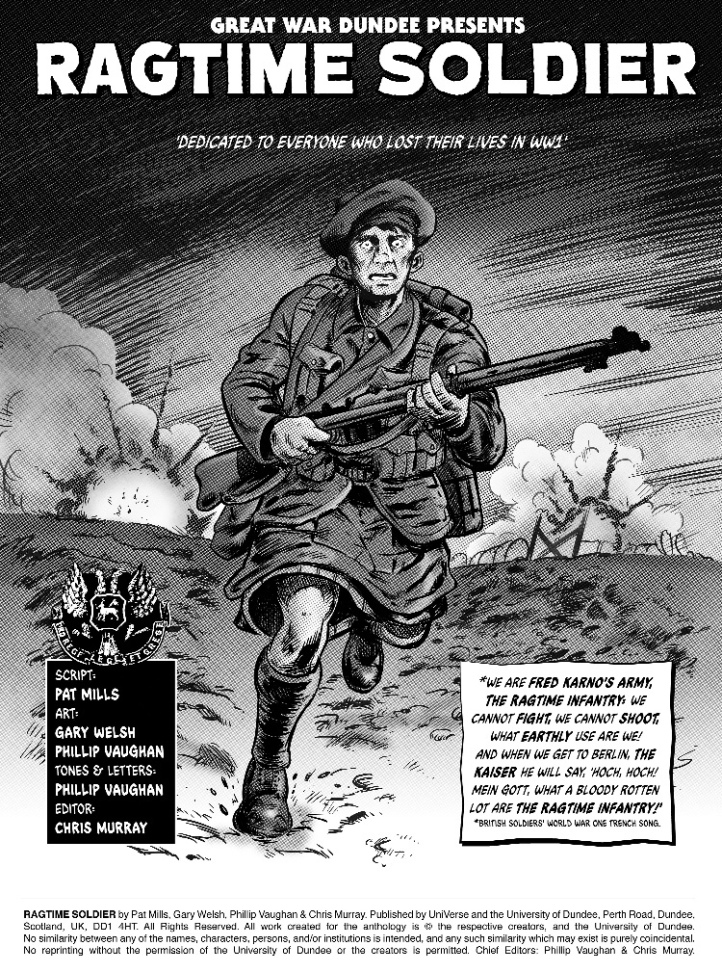 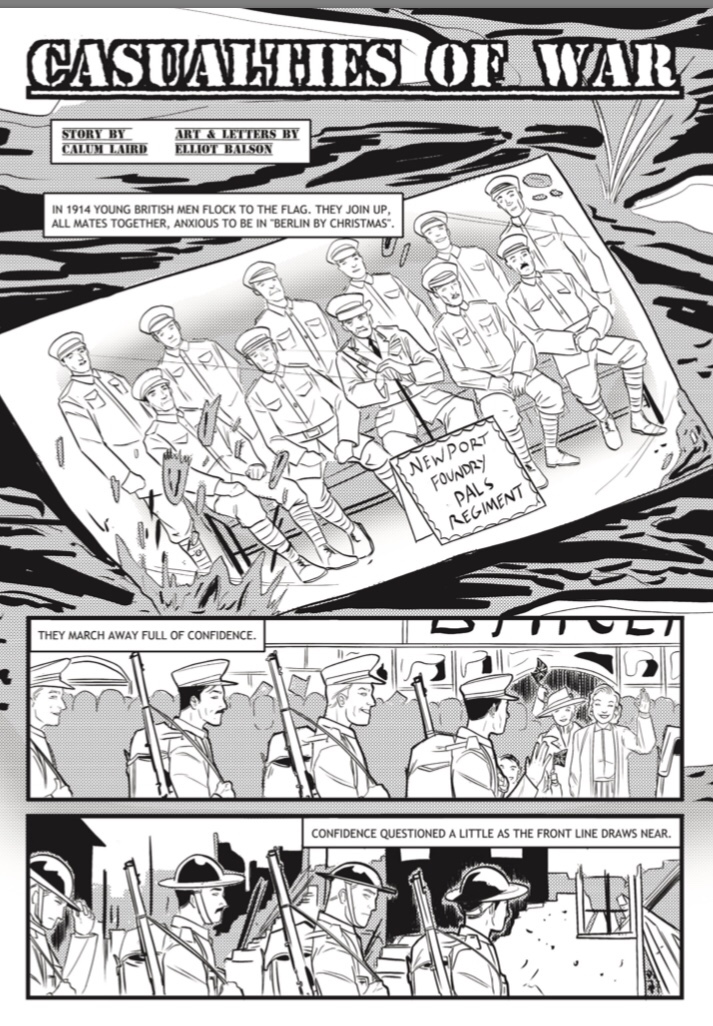 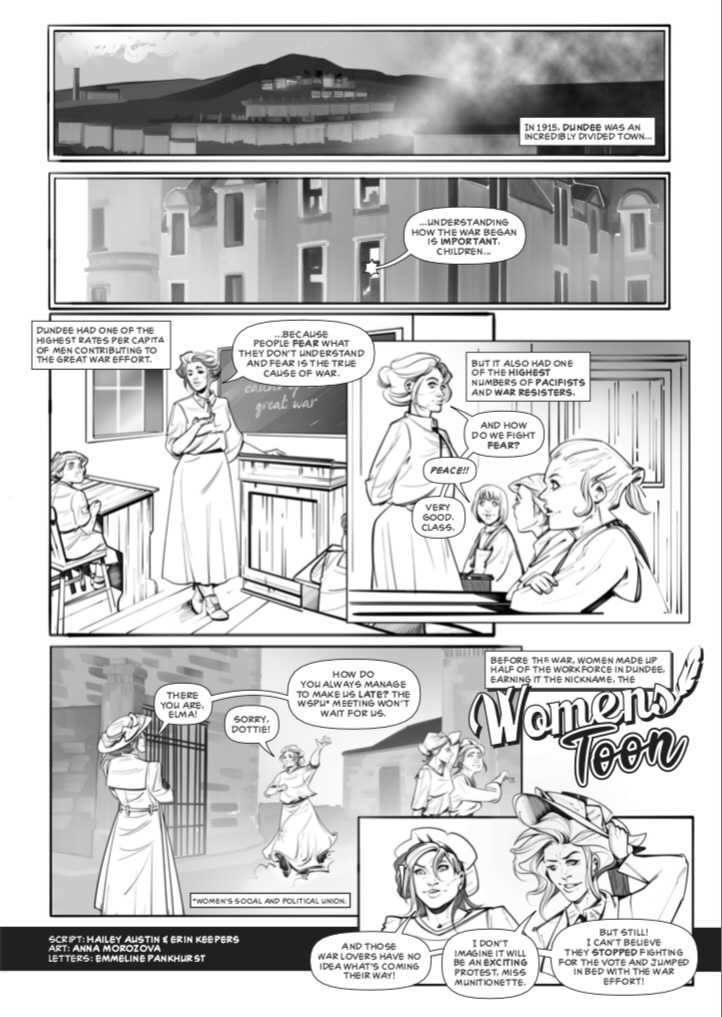 Also free in this issue is a double side pull out poster with art by Ed Doyle from our recent Comic Zine cover and the winning Batman/Joker Covers by Jon Mitchell. 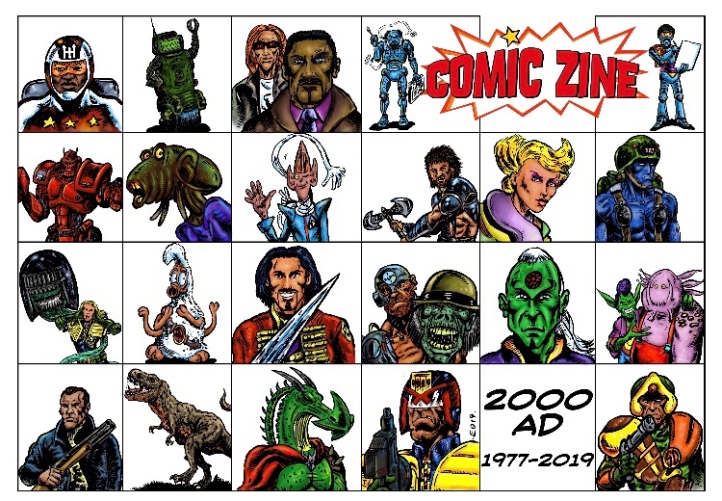 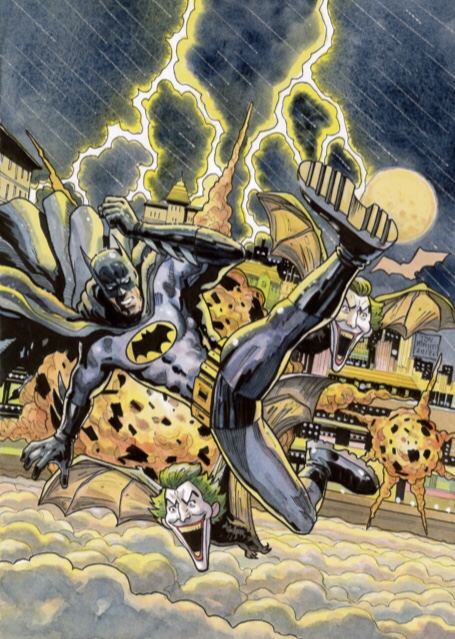 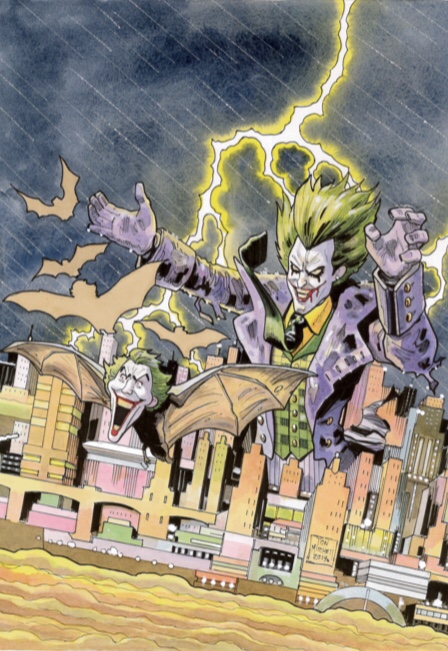 Features this month include the second part of Ken Reid Football Comics, a look at the latest Indies including the eagerly awaited second volume of Killtopia and a timeline of 42 years of the Galaxy’s Greatest Comic 2000AD. We also speak to comic writer and former 2000AD editor Andy Diggle in the first of a two part interview and also the first part of an interview with Anthrax’s Scott Ian and Metallica’s Kirk Hammett about their passion of comics and a certain Judge Dredd. The 2000AD connection doesn’t end there as we also have an article on Halo Jones, the Euro Comic Scene, the launch of the new all ages comic in Issue 10 of ComicScene and, ahead of the new TV series the comic that inspired it, ‘Watchmen’ by Alan Moore and Dave Gibbons. 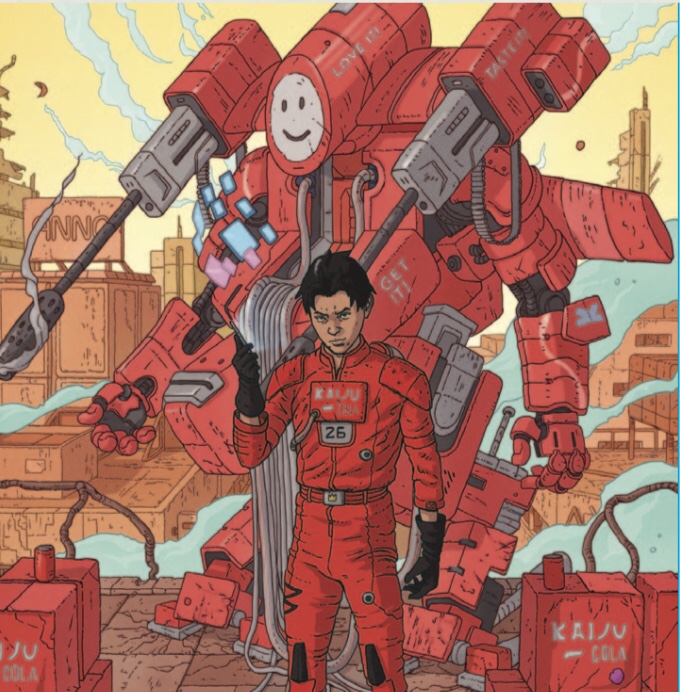 ComicScene Issue 9 is a bumper 80 pages and a perfect jumping on point for new readers. Subscribe from £4.60 in print/digital or from £2.50 in digital at http://www.getmycomics.com/ComicScene . You can also order the magazine at any newsagent or comic shop or pick up at selected WHSmith, McColls, Easons and shops in Australia and New Zealand. 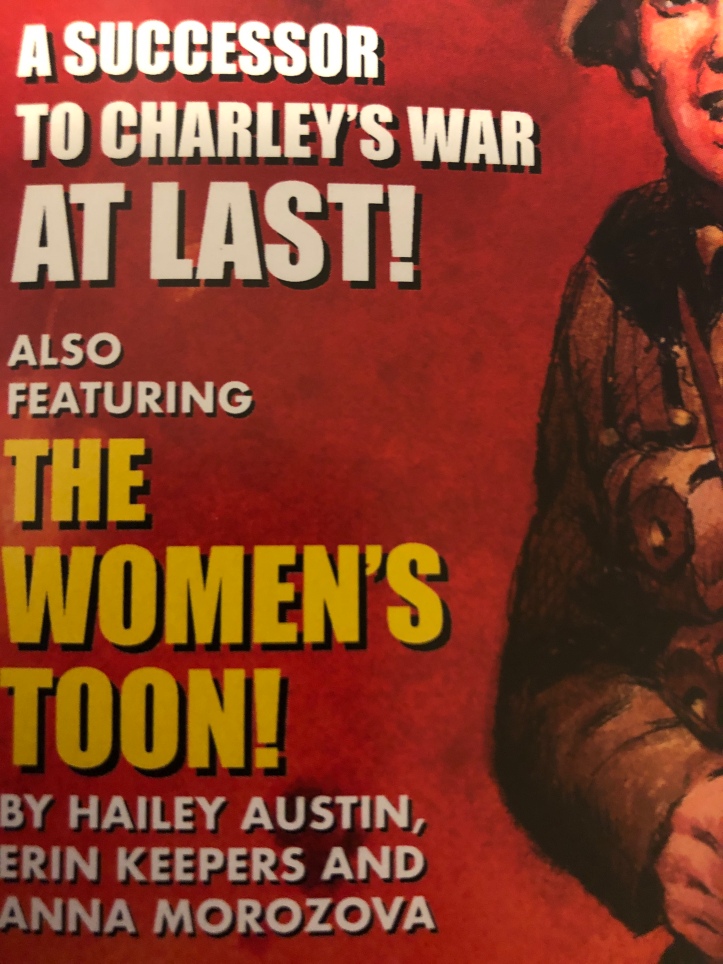 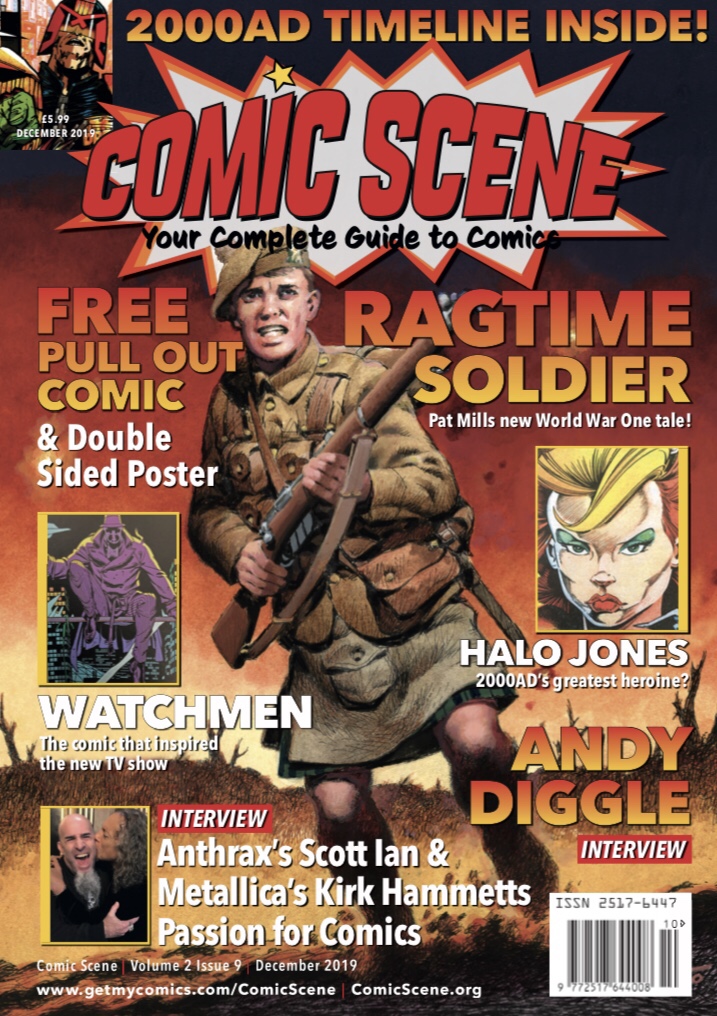